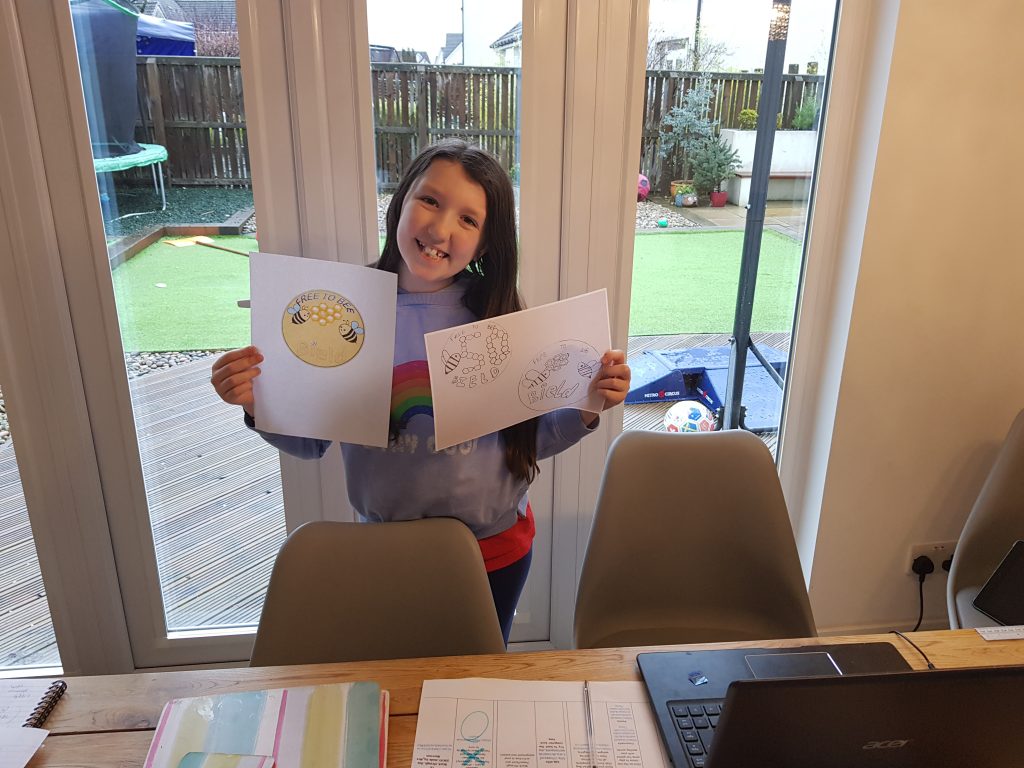 A FORTH Valley child with a passion for creative art has designed a new logo for a leading Scottish housing provider to use throughout its anniversary celebration.

10-year-old Millie Blair from Larbert took part in www.bield.co.uk Housing and Care’s competition to design a logo for its 50th birthday celebration and took home the prize of a £100 voucher.

Chief Executive of Bield, Lynne Douglas praised the artist for her bright and colorful design, stating it will make people smile as one of the main reasons for being selected over 20 other designs.

Millie said: “It was really exciting but pretty surprising to hear I had won the competition – I didn’t expect it!

“I was inspired to draw a bee because of the Bield slogan “free to be”, I wanted to use bright colours to cheer people up and mainly gold because of the golden anniversary.

“Art is a big passion of mine, I attend an art club and enjoy drawing, so when I heard about the competition I wanted to give it a shot!

“I’ve selected an amazon voucher as my prize and I’m looking forward to using the voucher for art supplies and to decorate her new room”.

Bield is a registered charity which grew from humble beginnings, starting out with one housing development in Bo’ness which has gone on to become a major provider of housing and care services for around 20,000 older people across 22 local authority areas.