AGAINST A backdrop of administration, fears over player redundancies and the prospect of savage wage cuts, Roddy McKenzie insists Livingston’s League Cup semi-final in 2004 was the most stressful 90 minutes of his career.

But the former Lions keeper hopes his old club head for Hampden this weekend with the pressure off – just as he and his team-mates did when they went on to beat Hibs to lift the trophy.

The stricken Almondvale club was placed into administration just hours before they took on Dundee – who were also in the hands of administrators – for a place in the CIS Cup final 17 years ago.

Derek Lilley’s late penalty was the decisive moment in a tension-filled match – and potentially in the club’s very existence – as the money men banked on a windfall from a big day out at the national stadium.

McKenzie admits the players knew just what was at stake as they played for their futures against Dundee.

But the former Hearts goalie confesses the shackles were off against Hibs in the final as they made history with the club’s only major cup success to date.

He said: “Right about the time of the semi-final it was all starting to kick off with administration. In fact, ourselves and Dundee were in a very similar position.

“It was probably going to be a case of whichever team won the semi-final was going to be the team that would come out in a better financial position.

“I think probably the administrators when they took over the club realised there was an opportunity to potentially make money from us getting to the final and everything that came with that.

“So, I would say the semi-final was one of the most pressurised games of football that most of the players who played in it will have experienced.

“The relief after the game was apparent on everyone’s faces, just what we had achieved under such circumstances.

“There was massive pressure on the players, realising that we could potentially lose our jobs and be thrown on the scrapheap of Scottish football. Who knows what would have happened if we had lost?

“There was pressure on us knowing that we could save our own skins, almost, by winning games of football.

“I remember the relief on everyone’s faces after that semi-final, but there was excitement as well because it then gave us something to look forward to.” 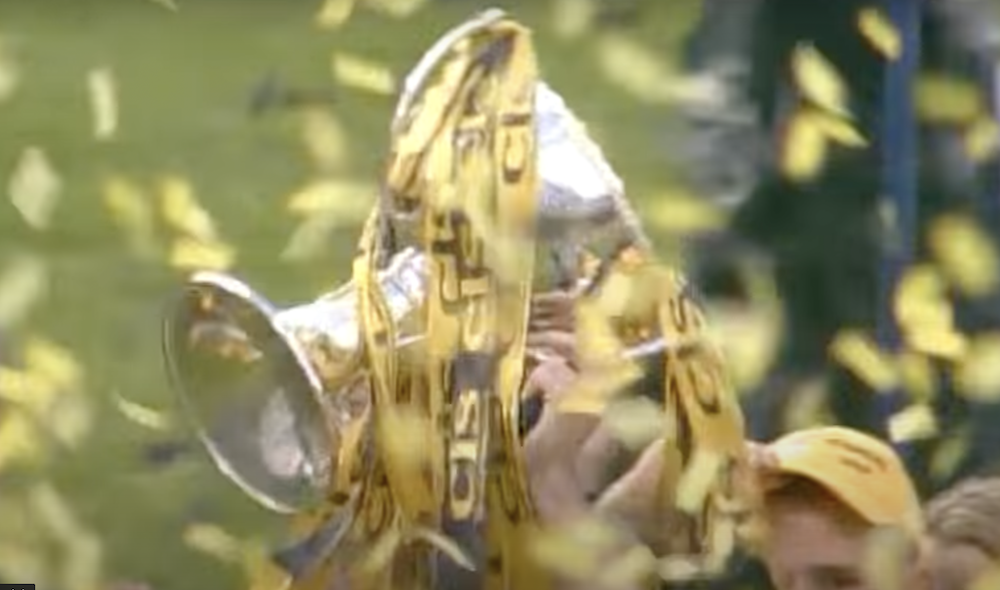 Rangers were fully expected to be Livingston’s opponents in the final but, complete with the likes of the de Boer brothers, Stefan Klos, Mikel Arteta, the late Fernando Ricksen and Michael Mols, the Ibrox side were shocked by Hibs in the other semi-final.

McKenzie is in no doubt that was crucial in Livi’s success – and he hopes his old club can make the most of again not having to face one of the Old Firm in Sunday’s showdown with St Johnstone.

Now a personal trainer, McKenzie added: “The best thing that ever happened for us was that Hibs got to the final because, let’s be honest, if Rangers or Celtic get to finals they don’t normally lose.

“For Hibs to beat Rangers, everyone was saying, ‘Hibs are guaranteed to win’, ‘Hibs are going to win this’.

“But we had played Hibs a couple of times in the league and we had beaten them twice.

“Yes, it was a good young Hibs team and they had players who have gone on to have fantastic careers, but we knew we could win.

“There were certain players who had been let go by the club at that time and we all knew it could have been one of us.

“So, for us to still have a job and to have the opportunity to play in a national cup final, was fantastic. The pressure was definitely off.”

McKenzie went on: “The current team’s got a great chance again this weekend, because they’re not playing Rangers or Celtic. No disrespect to St Johnstone, but they’ll never get a better opportunity to win a cup final.

“We said that in 2004. Take away the Old Firm and everyone else can beat each other. A wee bit of luck on the day, and bit of genius from a player, a goalkeeping performance that keeps you in the game – if that all comes together on the day, you’re going to win the cup.

“They’ve got a great chance and hopefully they do it.”