Home. For many, the place they feel safest. The place that their loved one’s sleep. The place that if they didn’t feel it was secure enough, they could take action to make it safer. With so many security measures available to the consumer, what does the future hold for keeping your home as safe as possible?

Burglar alarms are nothing new. In fact, they’ve been around since the 19th century! Over time, they’ve been developed and adapted to be able to contact the police directly. This advance means if you’re away from your home or even if you’re just unable to contact them yourself, the police can deal with any intrusion without your immediate involvement.

However, in the not-too-distant future, your home burglar alarm system could go one step further than just alerting the police and could even do some of the police’s job for them. This is because burglar alarms are currently being adapted be directly linked to a criminal database and have the capability to run face-recognition software.

Combine these together and, instead of just blaring sounds or disorienting strobe lights, your system could even stretch to actually address the intruder by their name and immediately send the data to the police.

Currently, this may seem a long way off, but burglar alarms are constantly changing, with providers of commercial security systems in Essex such as FirstFordLtd constantly adapting and improving their services to offer the most technologically advanced options to the consumer.

The most basic, common in use piece of tech that is used today is the security camera. However, even these are being adjusted to be in sync with our ever changing technologically advancing world. A few manufacturers are even beginning to unveil motion-activated cameras that are smart enough to distinguish between your dog going out before bed and an actual intruder.

The next phase of cameras will go a step beyond this. Manufacturers will incorporate other environmental factors such as temperature, your own height and weight, facial recognition and vocal-recognition sensors that have the capacity to learn different household members and trigger any alarms or alerts for someone your security system doesn’t recognise.

The Future of Neighbourhood Watch

Throughout the last few decades, sometimes it hasn’t been technology that’s saved the day but just good old community spirit. Neighbourhood watch programs have become increasingly more popular in recent years, with many people holding regular meetings with members of their community and some now having WhatsApp groups or email threads with members of their street.

Technology is still however, going to take this community awareness a step further.  By equipping the next generation of intelligent alarm systems with the ability to actually communicate with other systems in the neighbourhood. If you are burgled, your neighbours are then on alert to not only protect their own homes, but be on the lookout for the culprit who has entered yours. This collective data gathered can help the police put pieces of the puzzle together as well as even hold up in a court of law as evidence.

At the moment, for many people their front or back door is the first – and only line of defence. In the future, this may not be the case. Incredible advances such as polymer-coated fences will be able to detect someone climbing on or over them and alert either the homeowner, the police or the rest of the security system that the intruder is present.

It’s likely that on top of this, drone systems or advanced garden sprinklers will mark intruders in either colourful paints or in trackable smart water. When a trespasser is present, they will immediately be covered in a difficult-to-remove chemical marker system, most likely a liquid. A drone could even be remotely deployed that could follow and film their next moves.

In some instances, these drones may also be able to deploy the marking liquid. This would then reduce the need for the garden sprinkler system, or even allowing you to mark the getaway car for the authorities.

Everyone wants to feel safe in their own home and many people are already investing in similar technologies that we have spoken about. With the future of home protection already literally on your doorstep, you’ll have all the security you and your family need very soon. 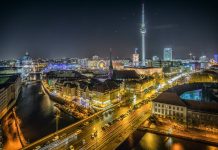 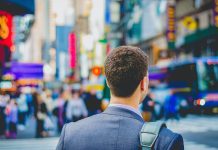 Job Hopping – what is it, and how can you retain that talent 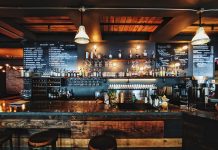 Restaurants May Seem Different After Covid. Here’s how!