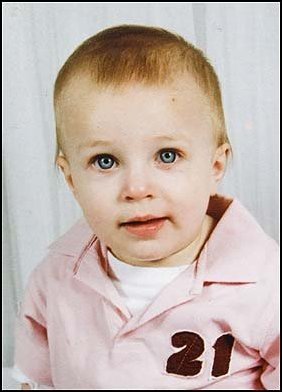 THE CROWN has decided not appeal the ten-year sentence handed down to the killer of Dundee toddler Brandon Muir.

Robert Cunningham was found guilty of culpable homicide of the two-year old toddler at the High Court in Glasgow in March.

He was given the sentence by temporary judge John Morris QC which in effect could mean Cunningham walking the streets in just four years.

The judgement sparked outrage among members of Brandon’s family and child welfare campaigners, with one calling the Scottish justice system “a laughing stock”.

The Crown had initially indicated it would appeal the sentence if it felt it was too lenient, but on Tuesday they issued a statement ruling that course of action out.

A Crown Office spokesman said: “Following full and careful consideration as to whether an appeal should be lodged in this case, Crown Counsel reached a decision that the sentence imposed was within the range available to the judge in the exercise of his discretion and that any appeal would therefore not succeed.”

The Crown’s decision has been met with anger by RealJustice4Brandon campaigner Allan Petrie.

Out in ‘four years’

He said: “My first reaction is total anger. I think they (the Crown) have been totally and utterly incompetent throughout this whole thing.

“The man who is guilty of killing that little boy will be walking the streets again in four years time.

“It seems to me that the procurator fiscal is not caring about this at all.

“RealJustice4Brandon will be calling for a full investigation because this is not acceptable.

“The public pay their wages and they must be accountable to us. This is just ridiculous – the Scottish justice system is a laughing stock.”

Little Brandon was just 23 months old when he suffered a slow and painful death after receiving a blow delivered by Cunningham, the drug using boyfriend of his prostitute mother Heather Boyd.

As a result if the case, more than 20 people have been interviewed as part of an independent review of Dundee’s child services.

A significant case review was begun last summer and key witnesses have already been interviewed with social service management next in line.

Fife’s former-Chief Constable Peter Wilson is leading the review and expects a speedy resolution after saying there had been “steady progress” with the review.

He said: “Hopefully the review will be completed over the summer. However, we are getting on with the task of processing our findings.

“It must be properly written up and therefore cannot be hurried. There are significant amounts of information involved.”