A FUMING football manager has quit after getting sent off SEVEN times in the space of one game. 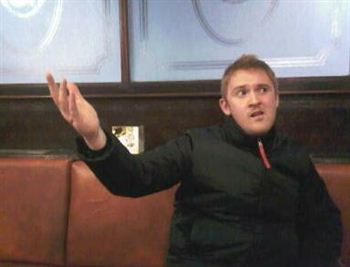 Bradley Singer, 26, boss of Sunday league side Cove Revolution saw red during a bust up with a referee who he blasted as “petty.”

The Aberdeen side’s boss said: “I just lost it with him and every time I said something he just said “red card.”

He moaned that the referee was blowing his whistle too often and disrupting the flow of the game, against Schooner Thistle at Inverdee playing fields.

But Singer got more than a stiff talking to from the referee, who recorded seven red cards against his name.

The ex-boss said: “The referee had been stopping the match more than usual and I felt that he was just being petty.

“He then said that he was going to try to get me a two-year ban.

“The whole thing has been blown out of proportion. It’s silly really.”

His side won the game 6-5 and sit second-top of the Aberdeen Sunday Amateur Football League, which includes a Grampian Police squad.

But just two games into the season, Singer walked away from the club after the ruling body said he should expect a lengthy ban.

League secretary Shaun Ellington said punishment for the seven sendings off was now in the hands of the Scottish Amateur Football Association.

He said: “The SAFA is now dealing with the matter and it will decide what the next stage is.

“It will probably be a couple of weeks before the course of action will be decided upon, but a ban of some sort is quite likely.”

Singer’s seven red cards came almost a year to the day that another player in the same league also saw seven straight red cards in one match.

Corndavon player Andy Reiach was ordered off for violent conduct and then refusing to leave the pitch.