Ditching his trademark jeans for a more formal look of tanned jacket, white shirt and beige trousers he wowed a crowd of around 250 at the International Conference Centre with tales from the open road. 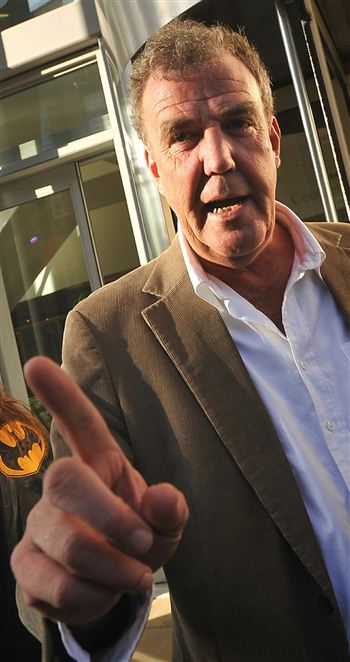 But while there were plenty of jokes and thrills involved, he admitted that he and team mates James May and Richard Hammond were only all too well aware of the risks in delivering one of the best loved shows on the planet.

He said: “Top Gear is our baby. We nurture it, we live for it.

“We’re all prepared to make sacrifices for the show.

Asked from a member of the audience if the September 2006 high speed jet-car crash which almost claimed the life of ‘Hamster’ Hammond had been a wake up a call to the team, he admitted: “It was deeply shocking.

“But we discovered that a tyre blew up – and all the health and safety couldn’t have stopped it.”

He said nothing is left to chance and they spend hour upon hour of gruelling checks and training and filming to get the show just right.

“We may cock about a lot but we are the cutting the edge of cocking about.”

“It is ferocious work that gets you to this point. I’m ever so proud because it has become so successful.”

He added: “We really care about the fans and when you talk to people, they generally like it.”