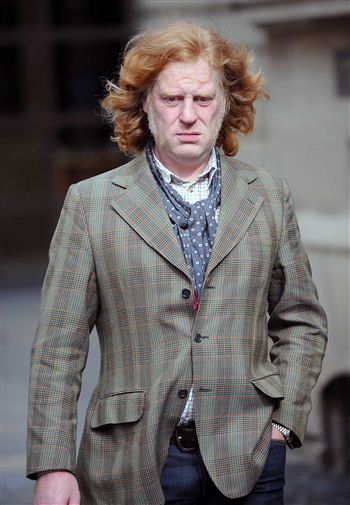 A CAR rental driver lost his job for smacking a parking warden’s hat off his head.

McCann confronted Sharp, saying the cars were only parked momentarily while he was shifting a few vehicles at once.

But when Sharp went into the Hertz office to speak to a manager, McCann “panicked” and slapped his head from behind, sending his hat flying.

The attack was branded “outrageous” by Sheriff Gail Patrick, who fined McCann £100 and ordered him pay £200 compensation to his victim today (Tuesday).

McCann was due to go to trial over the attack yesterday at Edinburgh Sheriff Court but pled guilty to assault at the last minute.

Warden Sharp was “quite legitimately” taking photographs of the offending cars in Edinburgh’s Picardy Place on August 22 when McCann stepped in, according to fiscal depute Neil Allan.

He said: “Mr Sharp was in the course of his duty at 10.30am when he had occasion to take notice of two motor vehicles parked on double yellow lines.

“He started issuing penalty tickets and set about taking photographs of them, which they do quite legitimately as standard practice these days.

“McCann confronted Mr Sharp quite aggressively and there was an argument between the two.”

The council-employed warden, of Oxgangs in Edinburgh, entered the Hertz Car Rental office looking to speak to McCann’s manager.

Mr Allan added: “The accused approached him from behind and slapped his head, knocking his hat off.

“He left and seemed to think it was quite funny.”

McCann, Muirhouse in Edinburgh, was sacked by Hertz over the assault and is now unemployed according to defence agent Rachel McDougall.

She said: “He panicked when he saw that Mr Sharp was attempting to speak to his line manager.

“Mr McCann has lost his job as a result of this conviction.

“He has been depressed for ten years and this was his first job in that time.

“He is appalled at himself for overreacting and realises this was a foolish mistake.

“His income just now is nil and he lives alone.”

Sheriff Patrick told him: “This was a serious matter.

“People receive parking tickets every day from parking attendants and it would be outrageous if they were subjected to this kind of behaviour every time.”