A RELIGIOUS studies teacher who repeatedly slept with one of his young pupils was placed on the sex offenders register today (tues).

Married dad-of-three Thomas Docherty, 51, targeted the 16 year-old schoolgirl after offering to help her to prepare for exams. 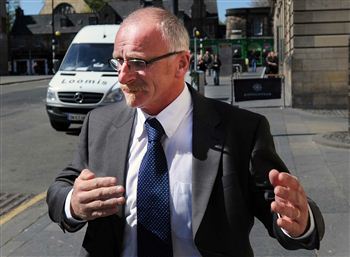 He even had sex with her on school trips abroad to Rome and Barcelona – while his wife was with him but unaware of what he was doing behind his back.

She and other teachers eventually realised the pair were becoming close, but he managed to carry on the affair until 2007 .

Today (Tues) Docherty was placed on the sex offender’s register after pleading guilty to two charges of sexual intercourse while in a position of trust.

She was said to be present in court as details of the relationship were heard at Edinburgh Sheriff Court yesterday.

Fiscal depute Melanie Ward said the girl had often consented to sex with the teacher, after initially refusing his initial approach in August 2005. 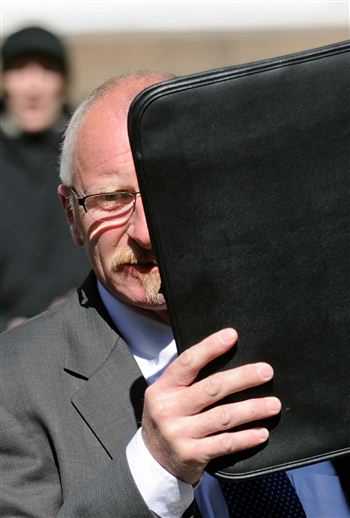 In a police interview later, she said she “gave into his persistence.”

Miss Ward told the court: “She was known to him from a previous school trip abroad and end of term barbeques.

“She was not doing as well as might have been expected in exams and he offered to assist her.

“In addition to his work as a teacher he ran self-defence classes and she signed up for those.

“On his advice, she left her school books in a cupboard in his classroom.

“At the end of the first class she was asked to help put mats away and was the last person in the room with the accused.

“She went to get her schoolbooks from his classroom and noticed the blinds were closed.

“He was behind her and attempted to kiss her.

“She moved away to try and evade this but he put his arm around her waist and put his hand down her trousers and touched her private parts.

“She pulled away and said she had to go.”

Later that year Docherty arranged to meet the girl outside of school time and picked her up outside Edinburgh’s Commonwealth Pool.

He drove her to various locations including a reservoir in Midlothian where she said she wanted to wait until she was 17 to have sex.

However, the pair started having consensual sex in May 2007 and carried on meeting up behind Docherty’s wife’s back even on school trips abroad.

Miss Ward said: “In June 2007 on another class trip to Rome, Docherty brought his wife along.

“She and another teacher warned him that they felt he and the girl were over-familiar.

“They did not know that on this and other trips, they had had full sexual intercourse.”

They carried on meeting up after the girl, now 21, had left school and started university, but she reported him to her previous guidance teacher in February 2010.

Police were called in and interviewed Docherty, who gave full admissions to his wrongdoing.

Education bosses at Midlothian Council moved him from his classroom job when the allegations came to light last month to an administrative post.

A spokesman said last night that the teacher had since resigned and was no longer an employee.

Docherty was released on bail by Sheriff Alastair Noble and ordered to return for sentencing next month.