Nicholson street Oxfam manager David Hendrie with some of the comics

A COLLECTION of 5000 comic books spanning four decades has been donated to a charity shop in Edinburgh.

The donor, who wishes to remain anonymous, left staff at an Oxfam bookshop stunned when they turned up at his flat to pick up the donation and realised its sheer size.

“Shock was the overriding emotion, and

“how on earth are we going to get these back to the shop’? We had to make two trips in the car.

“This is an incredibly generous donation and just stunning in terms of the sheer quantity of comics. Volunteers have been working hard to sort and price them. “

He said he hoped the donation would raise thousands of pounds when it was sold in the shop in the city’s Nicholson Street.

The complete collection will go on sale during a special late opening of the shop next Friday from 5.30pm, and a comic fair will take place at McDonald Road library the next day where remaining comics will be sold.

The collection includes a complete series of Frank Miller’s Batman: Year One and comics from the

“Silver Age’ of the Justice League of America comics.

The donor, from Gilmerton, said he was offering the collection as he was moving aborad. 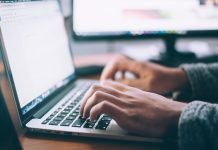