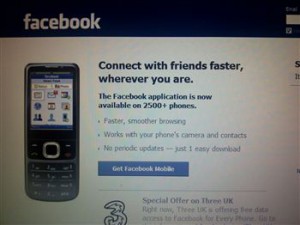 AN abduction scare story that spread on Facebook from Fife to the rest of the UK has been officially denied by police.

Fear spread on the social networking site after a genuine allegation two weeks ago that a 15-year-old girl had been approached by a man driving a silver Astra.

Since the Kirkcaldy incident there have been numerous reports – from Argyll to Kent – of a string of incidents involving a man in a silver car.

Fife police have now used their own Facebook page to try to stop the panic.

The force stated: “Despite comments made on other Facebook pages, Fife Constabulary is not investigating a series of incidents involving a silver Vauxhall Astra.

“The force is investigating an isolated incident that was reported in a media release.”

A police spokesman said they acted because the initial incident had “grown arms and legs” and had “pushed panic buttons”.

He added: “There was one incident and we are aware of it. This story has been circulating since the schools went back, but it’s not a question of a silver Astra going around every primary school in Fife.

“Somebody started posted warnings on Facebook and we started getting reports about this Astra.”

Worried parents are believed to have posted hundreds of warnings and the story quickly spread south of the border.

While a post from Glasgow said: “Just been told that 2 men goin around in a silver car with a puppet…..tried to get a wee girl into the car in Barlanark area. This has also happened in Bishopbriggs Springburn n Balornock been askin kids 2 help them find their puppy dog ….the police r now lookin for them….LET ALL U FRIENDS WITH KIDS KNOW….”

Some headteachers took matters into their own hands after hearing frightened children discussing the issue in school.

At Tayport Primary in Fife, headteacher John Hughes held a special assembly for pupils to reassure them the story was a rumour which had got out of hand.

Police are still appealing for information on the incident in Kirkcaldy which sparked the rumours.

The man, who was driving a silver Mark 4 Vauxhall Astra, tried to engage the teenager in conversation.

He is described as having short, dark brown hair, yellow teeth and a pale complexion.