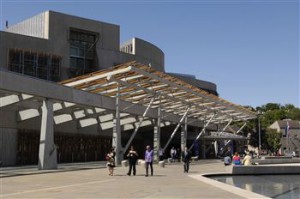 THE Scottish Government is to create a new post with a six-figure salary to take charge of its drive for independence.

The senior official will be at the top of the civil service and be known as director general for strategy and external affairs.

They will be responsible for pressing the SNP’s case for more economic and tax powers.

But opposition politicians said it sounded like creating a Department for Independence at a time when the government is meant to be cutting costs.

But the government insisted it would still achieve its target of a 25 per cent reduction in senior civil service costs over three years.

Scottish Labour leader Iain Gray said the election may have given the SNP a mandate to hold a referendum, but claimed the new post amounted to a “director general for independence”.

He said: “The SNP does have a mandate to give the people their say and they are entitled to use the civil service to make that happen. They don’t have a mandate for constantly picking constitutional fights.

“We are now going to have a very highly-paid senior civil servant in this post – perhaps he can tell us when the referendum will be, what the question will be and what is meant by independence since Alex Salmond apparently can’t.”

Scottish Liberal Democrat leader Willie Rennie said: “This looks like a Department for Independence. Up until now the SNP has been vacuous in its response to questions about the country’s future.

“At last we may get some answers on the cost of splitting Scotland from the UK. We need clarity about the gory truth on the SNP’s plans for Scotland.

“With independence now closer than ever it’s critical that this is not another highly paid spin doctor for the SNP but a senior civil servant that will assist people in Scotland to make a mature decision about our future.”

The decision to create the new post follows a review of the government’s senior leadership structure.

A Scottish Government spokesman said: “The creation of this post will strengthen our capability to deliver the government’s ambitious programme for Scotland.

“We are already well on the way to achieving the government’s policy to reduce senior civil service costs by 25 per cent over the next three years, with an estimated reduction of 13 per cent in this financial year alone.”