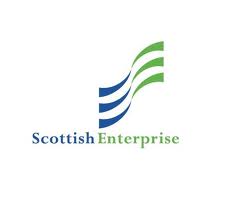 A QUANGO set up to boost Scotland’s wealth has paid out tens of millions pounds more in redundancy packages than other agencies of a similar size, new figures reveal.

Scottish Enterprise’s has handed workers more than £56million in the last 10 years.

And the figure is around double that of public bodies SEPA, The Registers of Scotland and Historic Scotland combined.

There are now calls for a Government probe into the agency, which is tasked with creating economic growth, amid allegations it is “poorly managed” and “inefficient”.

He said: “It’s ironic that Scottish Enterprise, the body responsible for creating economic wealth and jobs in our country, has spent more than any other organisation of comparable size putting people out of work.”

Mr McCann, who is the MP for East Kilbride, Strathaven and Lesmahagow, said: “Retirement payments are at times sadly necessary and they should be commensurate with service and salary, but on this scale it presents compelling evidence that Scottish Enterprise is poorly managed, inefficient and rudderless.

“I’ll be seeking answers to why taxpayers’ money has been squandered and an enquiry has to be launched by the Scottish Government on whether money is being spent wisely in Scottish Enterprise.”

Emma Boon of the TaxPayers’ Alliance said: “Taxpayers will be shocked by the huge sums Scottish Enterprise has been haemorrhaging in excessive redundancy payments.

“Most departing employees are legally entitled to receive some money, but it appears payments have gotten way out of control; these figures need to be explained.”

A spokesman for Scottish Enterprise said: “We undertook the biggest restructure in our history three years ago, resulting in more streamlined and customer-focused organisation. Other public sector organisations are now having to look hard at their own structures to achieve similar efficiency results in their own operations.

“We’ve had a number of other restructures over the last 10 years resulting in around 681 redundancies. We’ve also implemented a comprehensive programme of efficiency savings, which has reduced our overall management expenditure and staff costs.”

A Scottish Government spokesman said: “These are not like-for-like figures, so it is misleading to compare these figures in isolation.