A MUM whose five month old baby boy was hospitalised following a devastating fire last month has backed a nationwide campaign to urge people to protect their homes.

Fire broke out in Harriet Fulford’s bedroom whilst baby Jack was asleep in his cot next to his parents’ bed in the early hours of the morning.  The electric blanket on the bed set the mattress on fire, causing smoke to fill the bedroom.

The mum of two realised something was wrong when she heard the crackling of the smouldering mattress through the baby monitor, and the smoke alarm in the hall went off when she opened the bedroom door. Jack was taken to the Sick Kids Hospital to be checked following the incident, but made a full recovery.

As part of the safety campaign, an 80-date nationwide tour kicks off in Edinburgh’s Kirkgate Shopping Centre today in a bid to get people to protect their homes properly.

The contents of a burnt out living room will be toured to shopping centres over the next three months to highlight how devastating a fire can be, and local fire crews will be on hand to offer fire safety advice and encourage people to sign up for a free Home Fire Safety Visit.

In the same year, 40 people lost their lives, eight of whom did not have a smoke alarm.  Over 1,100 people were hurt or injured and in almost a third of these cases (31 per cent) a smoke alarm was absent.

Harriet said: “Hopefully my experience will encourage people to give some thought to the importance of having a working smoke alarm in their home and an escape plan if the worst happens.

“That’s why I’m backing the national campaign to make people aware that the fire and rescue service can help you by fitting a free smoke detector as part of their free Home Fire Safety Visits. Like many people I never thought a fire would happen to me, it could have been so much worse and I wouldn’t like anyone to have to go through the same experience.”

Roseanna Cunningham, Minister for Community Safety and Legal Affairs, said: “The story of Harriet and little Jack is a reminder that fire in the home can happen to anyone, which underlines the need to take precautions. While they thankfully lived to tell the tale, sadly other families have not been so fortunate. 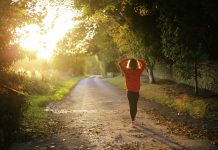 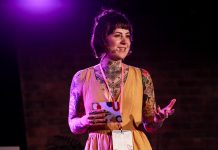