DOZENS of city pubs and restaurants have been hit with a drink-selling ban after failing to pay their annual licence fee.

36 premises across Edinburgh were penalised after failing to pay the charge, which was due in October last year.

Businesses with their drink licences suspended include the Point Hotel in Bread Street, the Scottish Story Telling Centre in the Royal Mile, the iconic Real Mary King’s Close and Heriot’s rugby club in Inverleith Row. 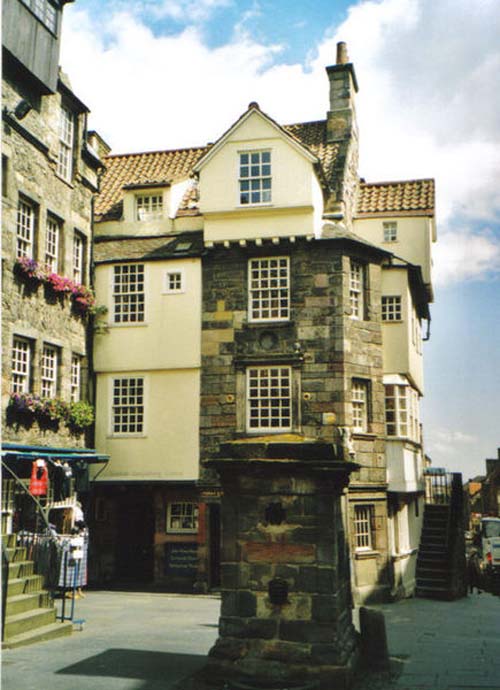 The Scottish Storytelling Centre in the Royal Mile has been affected.

Edinburgh’s licensing board took action after the premises failed to pay their annual fee for maintaining their licences.

One restaurant owner said the move could put him out of business, after he forgot to send a £220 cheque to the board.

Pancrazio Spano, (32), who runs the Al Dente restaurant on Easter Road, said: “I tried to pay my licence when I got the letter. I asked if I could pay online or with my card, but I was told I either had to go personally and queue at High Street, which would mean losing half a day or send a cheque.

“I forgot to send the cheque and now I’ve been told they have suspended my licence for two weeks.”

He said discount deals at the restaurant meant he made little, if any, money from the food. He said: “The only reason I am surviving is because of serving alcohol. I’m risking closing the business and making three people unemployed. I’m here day and night, but instead of helping entrepreneurs they are stepping on your head.”

Craig Sherwood, licensee at the Three Monkeys pub in Portobello High Street, said: “I didn’t know anything about it. I don’t know what I’m going to do. It will mean I have to close. Two weeks closed will be a disaster.”

The amounts owed vary because the fees are linked to rateable values.
If the premise has not paid after two weeks then the suspension will continue until they do.

Lawyer Alistair Macdonald, who represents several of the premise affected, said they had not received the demand for payment.

He said invoices were usually sent to the licence holder, not the premise, which can often mean a head office.

She said: “They have been notified, they have had a reminder and if they have not made any effort to pay, that;s the action the committee felt should be taken to makde sure those who do pay are not put upon.”

Tory councillor Alastair Paisley called for an urgent look at the way unpaid fees were pursued.

He said: “I’m concerned we don’t appear to have a robust method of collecting these fees.

“We should be looking at this as a matter of urgency, if not this board then the next one.”