A CASTLE made world famous by Shakespeare’s Macbeth is at the centre of a £70m development that could generate 500 jobs for the Highlands.

The aristocratic family who own Cawdor castle in Nairn, Moray, hope their plans for a leisure and housing development will be given the green light by local councillors next week.

The ambitious housing plans by the Cawdor Maintenance Trust would see 300 homes and a hotel with up to 120 bedrooms built. 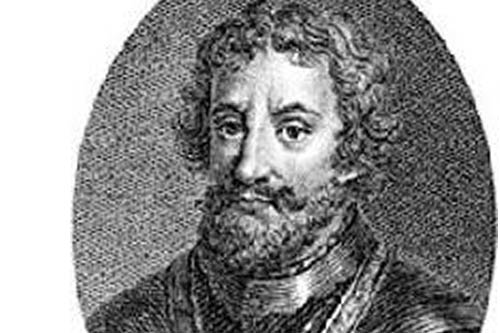 Cawdor Castle is best known for its links with Shakespeare’s play, Macbeth, which immortalised the estate’s 14th-century castle.

The play saw the Thane of Cawdor murder King Duncan to take the throne of Scotland.

Now the castle is a tourist venue during the summer, with thousands of visitors arriving to take a tour and see the gardens.

The construction plans by the Dowager Countess of Cawdor, Angelika, and her family, include an 18-hole championship-standard golf course and golf academy, as well as two tourist centres and separate equestrian and ecological centres.

More than 500 jobs will be created by the facilities to the north of the A96 Inverness – Aberdeen road, and the 10-year development would add an extra 630 residents to Nairn.

Last night the dowager countess said she hoped the plans would win approval from councillors, and that Nairn could be proud of the development in years to come.

Some local residents are concerned about the impact of extra vehicles on the roads and the environmental impact for bird habitats.

Community council chairman Bruce Strachan said: “Our objection stands, we are concerned because of all the big developments that are planned.”

The RSPB warned the project would have a “significant adverse impact” on the Inner Moray Firth Special Protection Area.

Conservation manager Stuart Benn said that birds, such as redshank, oyster catchers, curlew and bartailed godwit could be disturbed from their roosts if more people were walking in the area.

Scottish Natural Heritage also said there would be an effect on the area but has objected as they believe that the integrity of the site will not be adversely affected.

The Cawdor Trust argues that the proposals would bring tangible social and economic benefits to Nairn by providing improved recreational, tourist and educational facilities.

If permission is given, the scheme will be limited to just 100 houses until the adjacent Sandown site is developed. It is intended that the two adjacent sites will be integrated.

Planning officials have recommended that the plans be given consent, on condition that the trust signs a legal agreement covering such issues as financial contributions towards schools in the area, reservation of land for a primary school, the development of Nairn Golf Club, affordable housing and public transport.

The Dowager, who is originally from Prague in the Czech Republic, was the second wife of the late Earl of Cawdor, Hugh Campbell.

When he died in 1993, the estate was left to the Dowager rather than his son and heir Colin.

The countess, who says she promised her late husband she would look after the castle, is free to leave it to whomsoever she chooses in her own will, but has strongly suggested it will be ‘returned’ to Colin Campbell.