JUST 3.5% of responses to the Scottish Government referendum consultation were made anonymously, it’s been revealed.

The figures demonstrate there is no evidence that the process is being skewed by anonymous contributions, Cabinet Secretary for Parliamentary Business Bruce Crawford said. 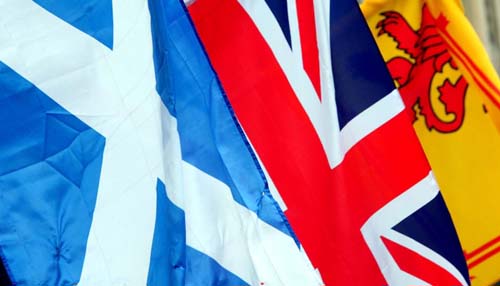 Neither is there any evidence of multiple identical responses from the same person.

The Scottish Government’s consultation will be independently analysed in order to underline the robustness of the process, and the contract was advertised last Friday.

The contract for the analysis is being competitively tendered in the usual way for large consultations, using standard Scottish Government procurement procedures.

The Scottish Government always intended that anonymous responses would be separately identified in the independent analysis.

Now, in order to prevent significant numbers of anonymous responses – given the media coverage generated about the issue – responses will only be accepted and included in the analysis if they provide personal identification details, and the Scottish Government’s online portal has already been amended to introduce this further robust procedure.

Cabinet Secretary for Parliamentary Business Bruce Crawford said: “The Scottish Government’s referendum consultation is gathering huge levels of public interest as we debate and discuss Scotland’s future – and the robustness of the process is demonstrated by the fact that the consultation will be subject to independent analysis.

“This stands in stark contrast to the much smaller UK Government consultation, which was not put to independent analysis.

“As the figures we have published demonstrate, there is absolutely no evidence of anonymous responses skewing the process – quite the reverse – but we can and will make the process stronger still by requiring all submissions to have personal identification details before they are taken into account.

“While anonymous contributions would always have been separately identified, we will now ensure that no anonymous submissions are included in the analysis at all.  And while there is no evidence of duplicate identical responses from the same person, we can and will ensure that any received are also excluded from the independent analysis so that their view is only represented once.

“These changes address any conceivable concerns about the Scottish Government consultation – while there still remain questions about the Westminster exercise.

“Our public consultation is going from strength to strength, and I encourage everyone with an interest to make their contribution to this vitally important discussion on Scotland’s future.”