Napiers, which has been trading for 150 yrears, has gone into provisional liquidation due to a new European regulation on herbal treatments.

The company which has stores in Edinburgh and Glasgow, has treated tens of thousands of patients for various ailments since it was founded in 1860. 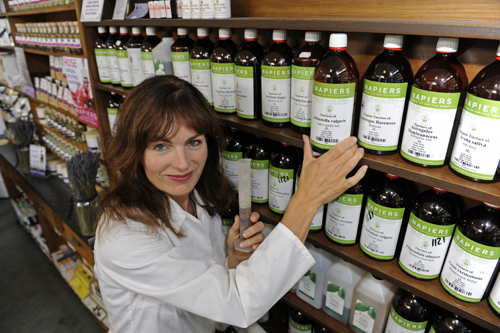 It is one of the largest herbal stores in the UK and offers traditional herbal remedies and therapies as well as scented oils and candles.

But new rules mean traders now have to pay thousands of pounds for a licence to make each product, while many products will only be available with a prescription.

Company owner Dee Atkinson is begging customers to support the store in what could be their last few months.

This week, she called in administrators while the business is reconstructed.

Though an application for liquidation has been made, it is still trading and will continue to deliver medicine to customers and process prescriptions.

Ms Atkinson was forced to sell her own home to support the business after their Stockbridge store in Edinburgh closed.

A spokesman for the company, Kenris MacLeod, said changes in the law and poor sales have forced them to make the decision.

Ms MacLeod said: “We really need people to buy local and to support this local business.

“We’re determined to see another 150 years of herbal medicine inEdinburghand our priority is to our patients.”

The regulations were brought in from April last year.

An exception was made however that all products on the shelves were allowed to remain on sale until they reached their expiration date.

Products like Echinacea, St John’s Wort and valerian will all be restricted under the strict new laws.

Explaining the new regulations, the European Union voiced concerns over the powerful effects of some remedies and the reaction they can have when taken with conventional drugs.

Alasdair Baijal, a lawyer for BBM Solicitors, representing Napiers, said: “Napiers themselves have applied to the court for liquidation. The business is not necessarily unviable but its current structure is.

“The administrators will be working to restructure the business to allow it to continue to trade.”

Napier also run clinics and offer acupuncture, hypnotherapy and counselling as well as other services.