AN illegal tobacco ‘factory’ has been uncovered in Glasgow following investigations by HM Revenue & Customs (HMRC).

Illicit hand rolling tobacco and cigarettes worth over £32,000 in unpaid duty and VAT were seized during the raid on Friday night (13 April).

HMRC officers, accompanied by Royal Mail investigators and officers from Strathclyde Police, searched two houses in the Springburn and Possil areas of Glasgow and seized 176kgs of tobacco, enough to fill 3,500 pouches of hand rolling tobacco, along with counterfeit packaging and faked Belgian tax stamps. 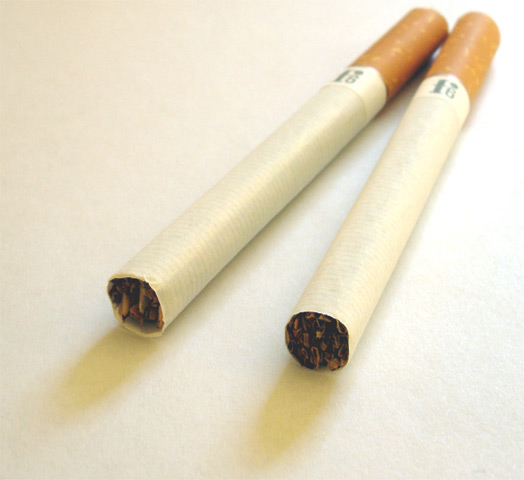 Some cigarettes were found in a fridge  Photo:Geierunited

14,600 smuggled cigarettes were also seized – some of them found hidden in a refrigerator at one of the houses.

HMRC’s assistant director for criminal investigation David Odd said: “Cheap tobacco may seem like a bargain at the time, but this tobacco was packaged in less than ideal conditions.  Tobacco factories like this are packaging low quality tobacco and I’d urge people to be wary – if you’re offered tobacco in Glasgow, at a price that seems too good to be true, then seizures like this would explain why.

“Tobacco smuggling is a serious crime.  It undermines honest traders, putting their livelihoods at risk and damages our local economy.  Anyone with information about tobacco smuggling can help us by calling the Customs’ hotline on 0800 59 5000.”

A man had been interviewed and released pending further investigations.