Building on last year’s inaugural initiative, EIFF will offer 25 young people a unique opportunity to participate in the 2012 Festival in the first of their programmes, The Young Talents.  It is an opportunity for film fans aged 16 – 18  to be given access to Industry events, Press and Industry screenings and an exclusive events programme.

The Young Talents is supported by Creative Scotland and through the Scottish Government Edinburgh Festivals Expo Fund. It was launched at the 2011 Festival and involved 21 young people who participated in over 30 events and screenings including private Q&A sessions with actor Ewen Bremner and director Dominic Allan. 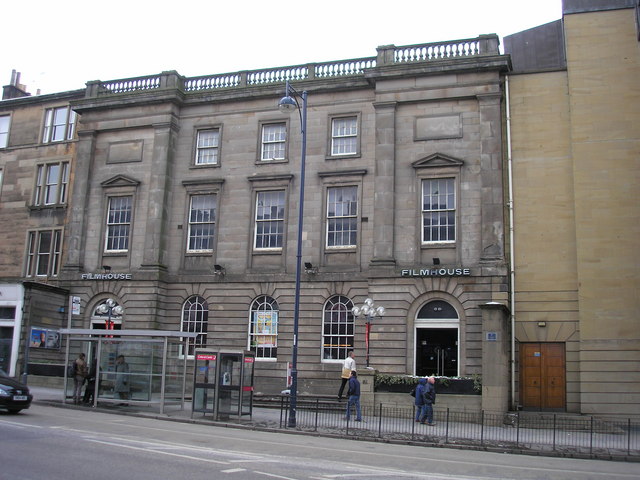 Edinburgh Filmhouse is one of the main venues of the festival  Photo: Sandy Gemmill

2011 participant Laurence Williams, 18, said: “There were so many events to take advantage of and I hope that I will make use of all the information and advice given. It was amazing meeting, talking to, and hearing from people with experience and knowledge in the film industry.”

Douglas Greenwood, 17, added: “EIFF Young Talents is possibly the most rewarding programme directed towards young people interested in the film industry. You’re surrounded by professionals, meet real actors and directors, and are allowed to explore the Festival’s varied and enriching programme.’

EIFF is now accepting applications for Young Talents 2012 and welcomes all applicants aged 16 – 18 years old with an interest in film and who are able to be in Edinburgh during the Festival dates 20 June – 1 July 2012. The deadline for applications is 23 May 2012 and can be accessed at www.edfilmfest.org.uk/learning

The competition will see selected films share the Festival limelight with leading filmmakers from around the world. Work is viewed and selected by a young people’s Jury who also coordinate and present the Schools Film Competition Award Ceremonies during the Festival.

David Barras, filmmaker and Jury Coordinator, said: “Having worked with groups who have submitted films and now being behind the scenes on the Jury, I can honestly say that the ideas, creativity and imagination of young people in Edinburgh is always startling and the films represent an amazing breadth of inventiveness and originality. It’s great that the competition and its eventual winners are all decided by other young people.”

The chosen films will screen to the public on Saturday June 23 for Primary, and Sunday June 24 for Secondary Schools.

For school audiences, there will be a range of screenings, including two Media Days for High Schools, containing short and feature film screenings, master-classes and the chance to meet filmmakers and industry professionals on Monday 25 and Tuesday 26 June. There will also be opportunities for primary schools and students of Modern Studies to attend film screenings.

Film screenings support teachers and students in their learning and each film is carefully chosen from the main programme to support the Curriculum for Excellence. Full details of the schools programme are available at www.edfilmfest.org.uk/learning or by contacting [email protected]

Paul Laird, Media Studies and English teacher, Leith Academy, said: “The Media Days at EIFF provide pupils with the chance to attend a film festival that has international recognition and that has been the launching pad for some of the biggest names in the business.  With a new artistic director and with the chance to meet with industry insiders, directors, writers and academics this is one experience that is not to be missed.  My own pupils found the whole experience educational, entertaining and inspiring.”