Mr Lochhead highlighted that negotiations at the European Union (EU) Council this week on the forthcoming EMFF are absolutely vital to protecting and enhancingScotland’s rural economy and called on the UK Government to fight to ensure this crucial support is retained. 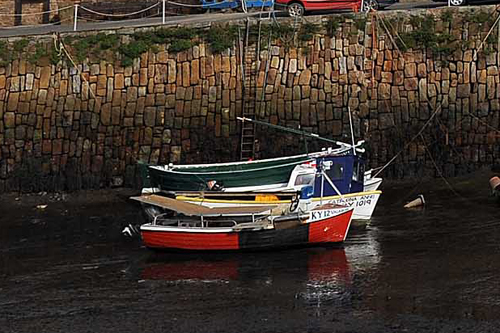 From 2000 until the end of the current European Fisheries Fund (EFF) in 2013, the existing equivalent scheme will have delivered around £100 million for Scotland’s coastal communities – which including additional Scottish Government support has delivered grants worth £186 million. Ongoing negotiations for a new EMFF open the door for a change in focus – that could divert scarce funding away from Scottish rural communities.

“The existing EFF provides crucial support forScotland’s rural communities – with £186 million since 2000, when match funding by the Scottish Government is included. This underpins economic development and growth for a diverse range of fisheries, aquaculture and processing businesses, and the fragile coastal communities who rely on these industries.

“Currently – in the context of the wider Multi Annual Financial Framework negotiations – the UK Government does not support protecting the EMFF budget, and I think that is misguided.

“The current negotiations on the new EMFF, led by the UK Government, must fully support a reformed Common Fisheries Policy (CFP) and be in line with EU 2020 objectives for sea fisheries, aquaculture and the wider marine environment.  It is imperative for Scotland that in next week’s negotiations the UK Government fight to secure this future funding for our vulnerable rural communities.

“The negotiations provide clear opportunities for continued restructuring of the Fund, so we can ensure greater environmental sustainability in the sea fisheries, aquaculture and the processing sectors. That’s why I am pressing the case for EU funding to deliver maximum impact for key Scottish sectors and to protect some of our country’s most vulnerable communities.

“At a time of severe pressure on public finances we must ensure EMFF negotiations are focused on delivering a budget that offers real added value and is focused on the areas that will provide sustainable economic growth.”