BUDDING authors from three continents have made made the shortlist for the 2012 Dundee International Book Prize.

A dozen debut novels have made the penultimate stage of the competition, and extracts from all 12 are published today in a free eBook.

A record-breaking 475 entries entered this year’s competition, which offers one debut novelist the chance to win a publishing deal with Cargo Publishing and £10,000 – the largest cash prize for unpublished work in the UK. The shortlist will now be whittled down to a final three before judges decide the winner. 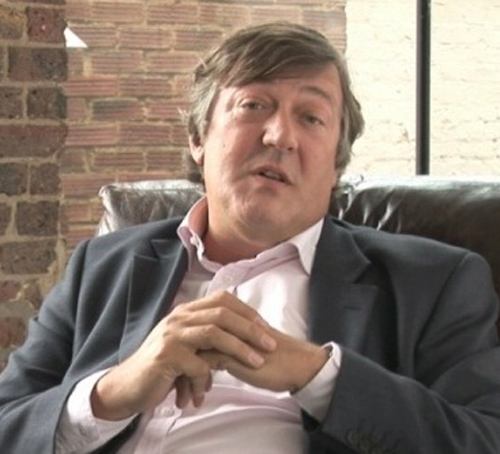 Members of the public are being invited to download the eBook for free from http://amzn.to/DundeeInternationalBookPrize. There is also a Dundee International Book Prize facebook page where people can find out more about the shortlisted authors and leave comments on the extracts.

The all-star judging panel – comprising writer, actor and broadcaster Stephen Fry, novelists Philip Pullman and Alan Bissett, and top literary agent Jenny Brown – will debate the merits of the final entries before the winner is announced at the Dundee Literary Festival later this year.

The top title will be named as the eighth winner of the Book Prize, organised by the University of Dundee’s Literary Dundee initiative, and the One City, Many Discoveries campaign.

Anna Day, Director of Literary Dundee, said, “It was a difficult process to narrow it down to a shortlist. We usually have ten novels at this stage, but we couldn’t choose between them, so we put through 12 books to the next stage of judging. It’s been an exceptional year for the prize and it won’t be any easier to pick a winner from this field. Well done to everyone who’s got this far, and I’m really looking forward to finding out who the winner is.”

Among the international entrants to make the shortlist are Huffington Post writer Jacob Appel, the author of more than 200 short stories and a renowned bioethicist, who practices psychiatry at the Mount Sinai Hospital in New York City.

Closer to home, Glasgow-based Margot McCuaig is Managing Director of television company mneTV, and produces sports and entertainment shows for a Gaeilic-speaking audience.

Suzanne Hocking, who lives in New Zealand with her partner, three cats, and imaginary dog and is completing her paramedic training also made the list, as did Neil Crocker who lives in Luxembourg.

Mark Buckland, Head of Cargo Publishing, said, “We were really taken with the high quality of entries, the skill of writing in the novels to the diversity of plots and subjects. It’s going to be a really tough decision for the judges but it will be a pleasure to publish the winner.”

Ken Guild, leader of Dundee City Council said: “This year has seen a particularly high quality of entries, so much so that the judges had an incredibly difficult task whittling them down to a slighter longer than usual shortlist.

“That in itself is a nice problem to have and indicates that the Book Prize is generating a huge buzz in literary circles and with it cementing Dundee’s reputation as a cradle of creative writing and thought.”

The 2011 winner was Simon Ashe-Browne’s ‘Nothing Human Left’, a psychological thriller set in a Dublin public school.

The longlist for the 2012 Dundee International Book Prize is: