MOTORISTS in a Scots city are to receive refunds of fines received for for driving in bus lanes after the system caused chaos.

Edinburgh City Council’s attempted crackdown on motorists driving in reserved lanes has seen thousands of drivers handed £60 fines over the past month.

However, the system has been plagued with controversy from the outset, with some drivers reporting being fined before the lanes came into operation and others being fined for turning into their home street. 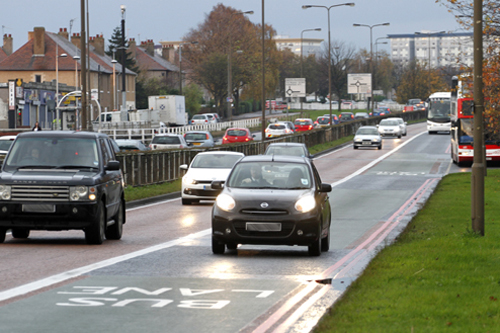 Drivers have faced fines for driving in bus lanes.

But red-faced officials have been forced to backtrack and drivers caught in bus lanes on the city’s Willowbrae Road will have their fines either annulled or reimbursed.

Many residents found that they were being hit with multiple fines when entering or exiting the surrounding residential streets.

More motorists have been captured by two cameras on Willowbrae Road in a single month than the council chiefs had anticipated to spot on all five cameras in the city in an entire year.

Around 4300 drivers have been dealt fines since the start of the project, with 2200 of those having paid and 500 seeking an appeal.

The problem of multiple fines is an issue that is also being addressed as many drivers only realised that they were in the wrong once they received multiple fines by mail.

In this instance, drivers who have been hit with multiple fines will only have to pay the first one.

Paul Watters, head of policy for the AA said that Edinburgh City Council should have learned from the bad experiences of other cities, such as Manchester and London, who have implemented similar schemes.

He said: “This sounds like an unholy mess. If people have been caught because they’ve clipped a wheel over the line, that’s totally ridiculous. There has to be a little give and take.

“They should have learned of the pitfalls of camera enforcement from other cities.”

When asked about the fine delays incurred by numerous drivers across the city he added: “To send multiple tickets is an insult. It might be the letter of law but there’s no need to enforce it with a sledgehammer.”