Hobnobbing councillors need to wake up and smell the coffee 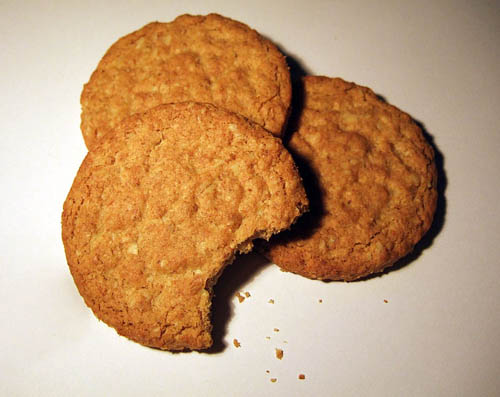 MORE than £1,300 a month is being lavished on free biscuits and coffee at Scotland’s second-biggest council – and the figure is rising.

Edinburgh Council spent £47,000 over the past three years on biscuits and hot drinks for guests and staff at meetings.

Campaigners today demanded the sweet-toothed authority rein in its spending on “Hob Nobs” at a time when taxpayers are tightening their belts.

Edinburgh is one of a number of Scottish councils that continue to spend thousands of pounds annually on free drinks and snacks at meetings.Dozens of councils refused to reveal the amount they spent.

Budget cuts at cash-strapped Edinburgh Council include reducing funding for dozens of charitable organisations, making cuts to the city’s library services and a proposed loss of around 1,200 public sector jobs.

But that did not stop officials spending £46,992.62 on teas, coffees and biscuits for meetings and events, supplied by contractors Matthew Algae and wholesalers 3663, according to figures released under the Freedom of Information Act.

Marie Anderson, manager of the city’s Broomhouse Centre, which lost funding for a project to supports adults with mental and physical health problems, said the council should be cutting costs.

Mrs Anderson said: “We lost £3,784 pounds of council funding, which was very valuable to bring vulnerable people closer to the employment market.

“I think if charitable organisations are facing cuts then the council should look at ways to reduce their spending.

“Maybe cut out the free biscuits for a start.

“It’s unfair that money is spent in this way when important services in Edinburgh have been cut. It horrifies me. I have been in this business for 21 years now and nothing surprises me anymore.”

Emma Boon of Taxpayers Alliance Scotland said the costs should be kept “under control” by the council.

She said: “Whilst taxpayers might not mind the council offering tea and coffee to visitors, these costs should be kept under control. The council should try to keep the cost of internal meetings down. Cutting back on Hob Nobs isn’t going to save millions, but it shows the right attitude at a time when taxpayers are tightening their own belts.”

A Council spokesman said: “Any suggestion that this money is spent handing out free coffee, tea and biscuits would be completely wrong.

“They are used for meetings, events and hospitality organised by the Council which employs 17,000 people.

“All possible procurement options are explored to secure the most cost-effective options.”

Edinburgh is not the only sweet-toothed council in Scotland.

Shetland, with a population of barely 23,000, admitted splashing out nearly £30,000 in the same three year period for tea, coffee and biscuits for staff and guests.

However, West Dunbartonshire said it had banned free tea, coffee and biscuits from council committee and meetings since 2010.

Dozens of councils, including Glasgow, refused to provide the information, claiming it would cost too much to investigate or the information was not available.