AN historic house where Mary Queen of Scots almost died is at the centre of an investigation by a renowned team of ghostbusters.

The atmosphere at the 500-year-old stone mansion in the Scottish Borders has spooked numerous visitors who have reported strange smells and sounds.

Now staff at Mary Queen of Scots House, where her death mask is kept, have invited paranormal investigators to visit in a bid to get to the bottom of the bizarre mystery. 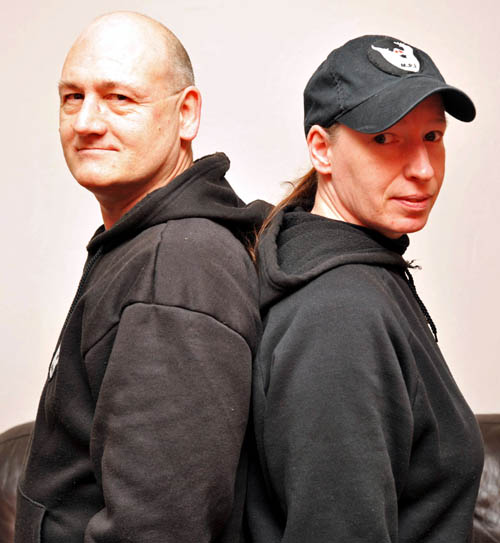 GHOSTBUSTERS: Mark Stocks and Aileen Copland will make the journey to Jedburgh to uncover ghastly ghouls

Members of Midlothian Paranormal Investigations (MPI) will visit the museum and visitor centre in Jedburgh on June 30, staying until 3am in the hope of catching ghostly goings-on.

The investigation will centre on the bedroom where Mary is known to have slept in 1566.

The monarch was travelling from Traquair House, Innerleithen to visit her future lover, the Earl of Bothwell at Hermitage Castle, also in the borders. 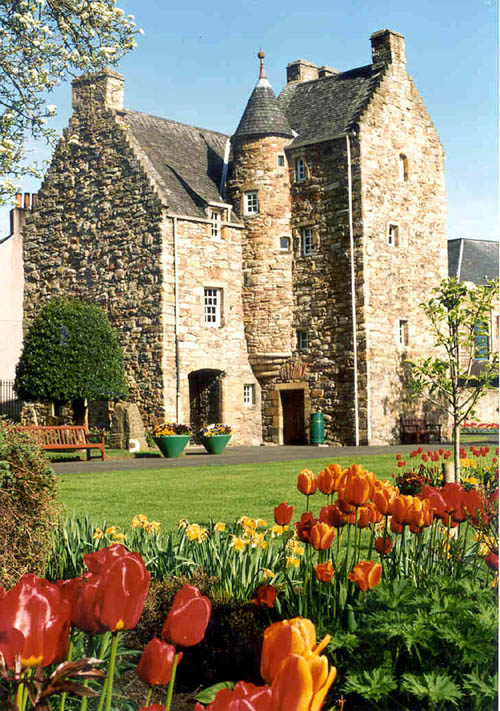 HAUNTED HOUSE? – Mary Queen of Scots house in Jedburgh is the scene of investigation

She stopped off in Jedburgh to preside over cases in the local courts. But after catching a near-fatal fever she spent four weeks at the property, which was owned at the time by the Kerr family.

The house, which was turned into a museum in 1987, contains historic artefacts relating to Mary, including tapestries, oil paintings, furniture, personal possessions.

Perhaps crucially for the ghostbusters, it also holds the Queen’s death mask, made after her beheading for treason in 1587. 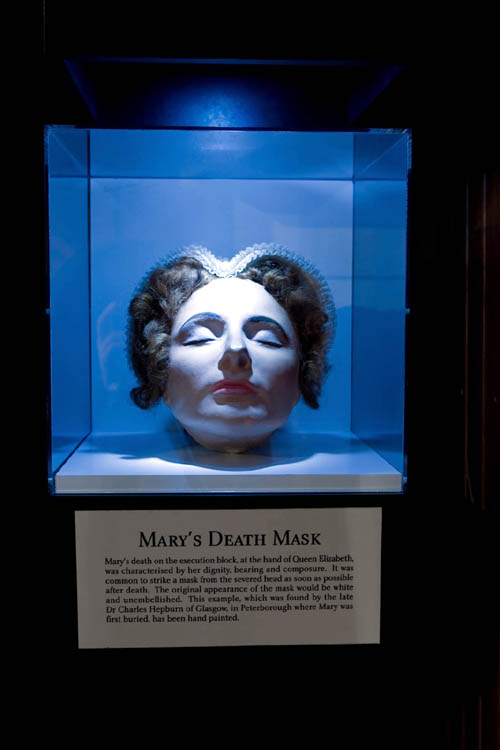 Legend has it that the tragic Queen, while held in captivity by Elizabeth I, said: “Would that I had died in Jedburgh…”

Shona Sinclair, who has worked at the museum for 14 years, said customers had fled from the house after being spooked by strange scents.

She said: “It is known locally that the house is haunted.

“Visitors to the museum have reported smelling a flowery sent – similar to freesias – in Mary’s bedroom.

“Some customers have felt very scared in her room, even running out of the museum, because they could sense somebody in the room.”

Shona added: “I’m not a great believer in ghosts myself, but I too have smelt the flowery scent, and also heard rustling sounds, that I would describe as sounding like a lady rustling her skirt.”

Shona said she would be happy if the MPI team managed to unlock the secrets of the haunted museum.

She said: “I would welcome any evidence that the investigators could find, and I wouldn’t be surprised if they did pick up something.

“Even though I am not scared to work here, it would certainly be interesting to find out what information the team could get.”

Lead investigator and co-founder of MPI, Mark Stocks, said he was keeping an open mind about what the squad could find at the haunted house.

He said: “We were so excited to be invited to Mary Queen of Scot’s House and have absolutely no idea what to expect.

“We are hoping to take one of our mediums, Jackie Drummond, along with us too. There will be about five members of the team going along.”

The ghost-busting squad have been given a tour of the museum to prepare for the investigation, and will spend around eight hours on site on Saturday June 30.

Using specialist equipment, the team will try to detect voices, pick up any images and “sense” whether there is a ghostly presence at the house.

The team will use digital voice recorders, infrared cameras and magnetic field detectors to investigate the spooky house.

Mark added: “We use a lot of specialist equipment and part of the excitement is putting all our results together afterwards. I have had some spooky experiences in the past, been touched, and even shoved when I have been carrying out an investigation. I have even seen two legs appear in mist before.

“I will be going into the museum with an open mind, I try not to learn too much the history of buildings before I go, so I don’t try to look out for anything in particular.”

The Midlothian Paranormal Investigations team was set up in 2008, and Mark said he has always been fascinated by paranormal activity.

He said: “I have always been fascinated in spirits. I used to visit churches and historic buildings with my partner and my interest just built from there.”