FIVE ducklings who tumbled into a drain in a busy city street were saved from a horrible death – by a nurse on her way to work.

The ducklings, just days old, were crossing a busy Edinburgh road when they fell into a water-filled drain and got separated from their mother.

Fortunately for the stricken birds, their desperate cries for help were heard by Louise Maguire, who was on her way to work at a cancer ward in a nearby hospital. 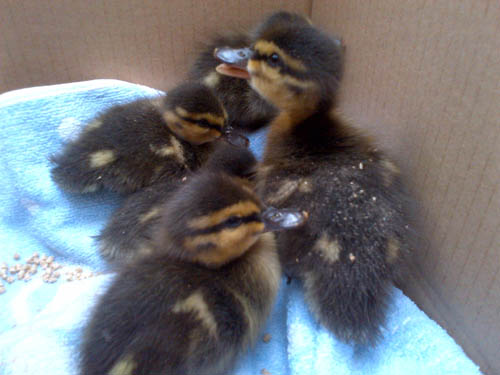 The tiny birds were trapped for 20 minutes before council workers were able to open up the drain and help the SSPCA pull them to safety.

But by that time the mother and the rest of her youngsters had successfully crossed busy Crewe Road South, north-west of the city centre, and disappeared.

The SSPCA are now caring for the birds at a the National Wildlife Rescue Centre in Fishcross, near Alloa.

The ducklings were distressed but uninjured after the fall, and will eventually be released back into the wild.

Louise, 30, said the ducks’ “distressed quacking” alerted her to their peril.

She said: “I saw a mother duck and three babies, they were quite distressed.

“I tried to shoo them onto the side of the road. Cars were rushing past but some did slow down.

She eventually got the mother duck onto the pavement, but then noticed one of the ducks falling.

The nurse continued: “I saw one of the ducks falling down the drain, at that point I was crossing the road to get to work.”

“I ran up to work and phoned the SSPCA – they were out in 10 minutes.”

“I’m just so glad I phoned because they would have died.”

She added: “The mother duck was confused. She was quacking away and flapping her wings.

“My heart went out to them, I hate seeing any animals in distress.”

Louise did not immediately notice the other ducklings in the drain.

Jenni said: “The ducklings were quite distressed and making lots of noise calling for mum to come back but unfortunately there was no sign of her.

“Council workers managed to get the drain cover off and, having been trapped inside for 20 minutes, the ducklings were safe and well.

“We’ll now give them the care and attention they need and hopefully we’ll be able to release them back into the wild when they are fully fit and able to fend for themselves.”

An SSPCA spokeswoman added: “We weren’t able to find the mother, she just took off.

“It was busy and there was a lot of traffic, she just scarpered.

“They will be released back into the Edinburgh area.” 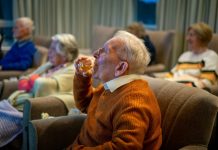