The massive storm slammed into the East Coast of America this week, killing at least 74 people and causing power blackouts to more than eight million homes.

But the star of X-Men 2, from Aberfeldy, Perthshire, was branded “insensitive”, “rude” and a “diva” by followers on Twitter. 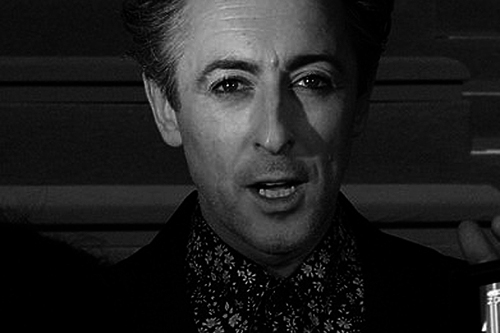 The 47-year-old, who lives in New York City – one of areas worst affected by the storm – posted earlier today: “I’m officially bored of Sandy”.

Follower Mary Murphy was one of those who took the star to task, asking: “Where’s your compassion Alan? Get involved, don’t be a diva.”

Mary Graycar wrote: “Really? Why don’t you get your skinny Scottish ass over to NJ [New Jersey] and help all the poor people who lost everything – asshole.”

Another furious follower, Simon Says Life, said: “Is it because you have all your possessions?”

Paul Burgin added: “I am sure those who are suffering as a result are bored of Sandy too!”

On Tuesday he wrote: “Lights just went out in the east village! We’re eating by glow stick!”

Other celebrities who have found themselves in hot water with Hurricane Sandy Tweets include Dynasty star Joan Collins, who moaned at the fact that all of New York’s Starbucks had been closed.

The 79-year-old tweeted: “This is a true state of emergency. Starbucks is closed!

She later wrote: “True disaster is that Bloomingdales is closed today. Where’s a girl to shop during a hurricane?”

Office star Ricky Gervais also got in trouble after tweeting: “This Sandy who’s on TV all the time and is blowing the entire east coast, I assume she’s a Kardashian right?”