A TEACHER has admitted telling a colleague he took cocaine at a music festival in the presence of two pupils.

Drama teacher Ian McMillan made the comment after attending the RockNess festival in the summer of 2010.

The 29-year-old drama teacher at Culloden Academy, Inverness, was later suspended from his post and charged by the General Teaching Council for Scotland (GTCS). 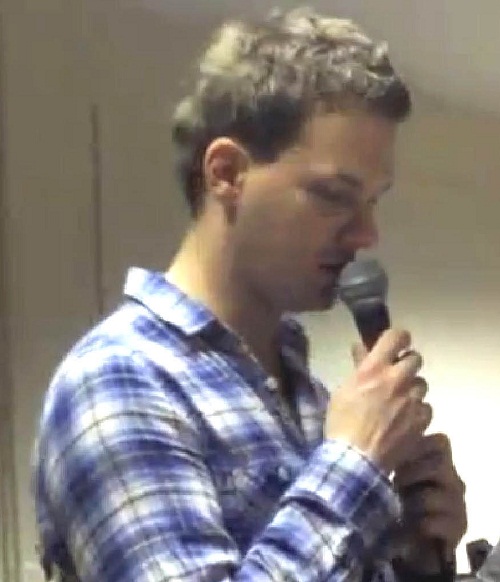 At a disciplinary hearing in Edinburgh yesterday (Thu), Mr McMillan’s lawyer said his client admitted the charge of disclosing to a colleague “that you had consumed cocaine in the presence of two pupils”.

But a charge that he “engaged in behaviour of a criminal nature…at RockNess 2010 by taking cocaine” was dropped by the GTCS today.

Mr McMillan wowed pupils at the school in 2010 by singing lead vocals in a teachers’ rock band.

A video of the event – for Children in Need – showed Mr McMillan wearing a long black wig and black leather jacket singing a rock version of Starry Eyed by Ellie Goulding.

Another video shows him singing Fly Me To The Moon at the Culloden Academy swing band concert.

Mr McMillan appears to have been hugely popular with pupils, according to the website Rate My Teacher, where he was awarded five stars.

But in November 2011 he was suspended over allegations he sent a female pupil inappropriate messages.

Mr McMillan was not present at the hearing, where he faced a total of seven charges.

His lawyer, Andrew Gibb, said Mr McMillan admitted the charge that he “failed to avoid inappropriate communication with colleagues which is or could be perceived as being of an unprofessional nature by disclosing to a colleague that you had consumed cocaine in the presence of two pupils when you attended the Rockness music festival in June 2010”.

He also admitted sending a pupil inappropriate personal messages by mobile phone and failing to maintain appropriate professional boundaries and respect your position of trust as a teacher.

Mr McMillan partially admitted a charge that he “Failed to treat pupils equally by allowing a pupil to contact you by Blackberry Messaging Service when they would not be able to attend registration.”

There was also partial admission to a charge that he “failed to be aware of the potential dangers of being alone with a pupil in a private or isolated situation”.

GTCS case presenter Catriona Watt spoke to the panel about the charge that Mr McMillan had engaged in criminal behaviour by taking drugs at RockNess.

She said: “It is in the notice of hearing but we are not offering to prove it. I would ask the panel to delete entirely.” No public explanation was given.

He denied an allegation that he “failed to maintain an appropriate balance between formality and informality when dealing with pupils”.

RockNess 2010 featured FatboySlim, The Strokes and Leftfield as headline acts.

Mr McMillan recieved glowing ratings on ratemyteachers.com, with one saying “he is the best teacher i have ever had! he is so nice, and he doesn’t let anything bad pass by him. He is just THEE best!”

Another said: “COME BACK MR MACMILLAN! we all love and miss him he was a great teacher and he was so nice and always gave you a second chance! thanks for the times in drama!”

The school’s drama department blog reveals that in September 2010 he was involved in taking S5 and S6 pupils to see hard-hitting play Black Watch.