A MAN whose Rottweilers mauled a 10-year-old girl has failed to overturn his conviction for owning dangerous dogs.

The ten-year-old suffered a broken jaw after she was pulled from her bike in Dundee by the dogs, called Fat Boy and Pretty Girl.

Owner Derek Adam was jailed for a year as a result of the attack.

Adam tried to blame his ex-girlfriend, Sarah Kerr, claiming she was in charge of the dogs, as well as a puppy called Rocky, at the time.

Adam’s legal team claimed the sheriff misdirected the jury by overstating the extent to which he was legally responsible for controlling the dogs.

The dogs had escaped from Ms Kerr’s garden before the attack, and first attacked a German Shepherd which was being walked by its owner.

They then attacked the girl, biting her face, neck, arms and legs, and dragging her from her bike, leaving her with injuries which would need surgery.

After a six-day trial, Adam, 40, was found guilty of two charges under dangerous dogs legislation. The case against Ms Kerr was found not proven.

Sheriff Richard Davidson said at the time: “This is one of the most appalling cases I have had the misfortune of hearing.”

The dogs were destroyed after the attack.

At the Appeal Court, lawyers for Adams argued the jury were misdirected by the sheriff at the original trial, which “amounted to a miscarriage of justice.”

They said he misdirected the jury about the dangerous dogs legislation, saying Adam only had to prove he had a “reasonable belief” the person in charge of the dogs was fit and proper.

But the appeal judges stated in their written judgement on the case that “there was no misdirection by the sheriff”. 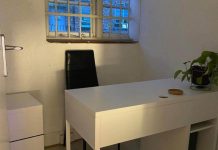 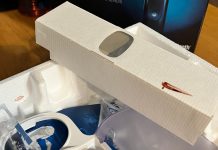 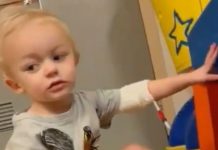