SCOTTISH hero Chris Hoy has called for an end to the postcode lottery of treatment for MS.

The former cyclist told his 490,000 followers: “Many people with MS can’t get the treatment they need. Back @mssocietyuk’s campaign to stop the #mslottery.

His message, which was retweeted 215 times, was backed by fans, including Matthew Lumby who replied: “Well said Sir Chris.” 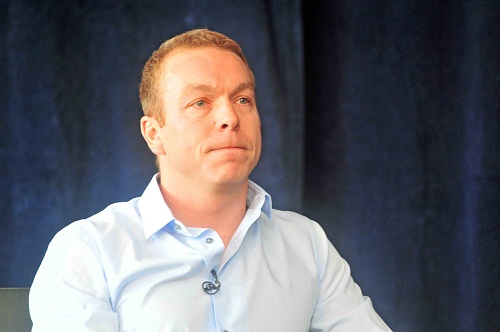 Christine Carlin, Director of Scotland for the MS Society’s said: “We are delighted by all the celebrity support we’ve received for our ‘Stop the MS Lottery’ campaign.”

She added: It was fabulous to see Sir Chris Hoy encouraging his twitter followers to join the campaign.”

Sir Chris’s interest in the cause comes from his mother, Carol, a retired nurse who won an MBE in 2008 for her work as Chair of the Multiple Sclerosis Society.

Multiple sclerosis is the most common disabling neurological condition affecting young adults and an estimated 10,500 people in Scotland live with the disease. It can cause depression, muscle weakness, movement difficulties and even speaking difficulties.

Many suffering with the condition are receiving inadequate levels of care because of where they live – a new report has revealed.  The treatment lottery means that not only are inequalities felt across Scotland in terms of accessing medicine, health and social care services and employment.

The failings have been seen across the country, with notable differences in terms of access found across the different counties. Statistics show that 21.9% to 27.4% of those in Fife are taking vital drugs to control the condition. Uptake in the Glasgow area was far higher, with 42.5% to 50% accessing the required medication.

On a larger scale, evidence showed that a quarter of Scots with MS were unable to see a neurologist when they needed to and 36% were not taking any disease modifying drug treatments.

Christina Carlin, Director for MS Society Scotland said: “If we want the UK to be a place where people with MS can be supported to take back control and live the full, independent lives to which they are entitled, we urge decision makers at a local and national level to take heed of this report and act on its recommendations.”

The six-time Olympic gold medallist announced his retirement from cycling in early April.  He will now take on a mentor role for the Scotland team at the 2014 Commonwealth Games in Glasgow.