Edinburgh has been branded the “smelliest city in the world”

EDINBURGH has been branded the “smelliest city in the world” by an influential travel website.

The city is more malodorous than Venice with its foul canals and smog-infested Los Angeles, according to New-York based Thrillist.

The travel site, which has 160,000 “likes” on Facebook, points the finger of blame at Edinburgh’s distilleries and breweries with a pungent pong. 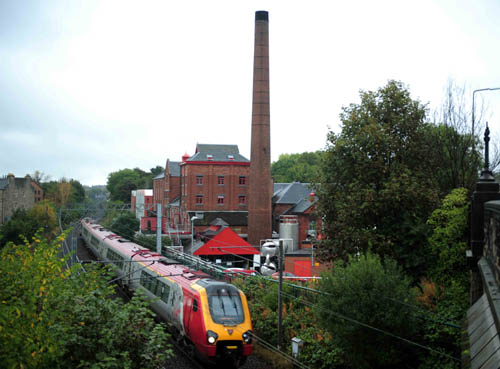 Placing Edinburgh at number one on a list of the world’s five smelliest cities, the website claims the odour of malt and yeast is carried on the wind.

“Edinburgh’s breweries and distilleries have been causing such a stink, the city finally mandated in 2009 that the North British Distillery install an “odor-control tower” to help mitigate the smell of malt and yeast,” say Thrillist.

They add: “Though the measures have helped, you will still detect the city’s smell when the wind blows just right.”

Visitors and locals alike are advised to seek relief from the miasma by drinking or taking a walk on Arthur’s Seat.

Say Thrillist: “Since you’re near a distillery already, might as well try some local whisky.

“A few sips and you’ll forget all about the scent in the air.

At number five on the list is Rotura, a community of around 60,000 on New Zealand’s North Island. The name means “sulphur city” and Thrillist advise visitors: “If you can get past the rotten egg smell, jump in one of the natural hot pools for a soak.”

The capital of Thailand, Bangkok, comes in at number four as a result of its street food, in particular the smell of durian – “a stinky fruit much beloved in Bangers”.

Thrillist conclude: “These stinky cities smell worse than your college frat house after a ten-keg rager, but if you can get past the odor (or arrive completely congested), there are plenty of rad things to see and do, beyond the off-putting olfactory ambience.

The Scottish Whisky Association said: “It sounds like a spurious claim.”

When an “odour control tower” over the North British distillery was announced in 2009 some locals complained it would remove a distinct part of Edinburgh.

The best strategies for weight loss