Teacher convicted of racist behaviour launches bid to save career

A TEACHER danced on a nightclub bench before calling a bouncer a “f****** monkey”.

Rachael Patterson, who worked with “challenging” youngsters in Aberdeen, also made monkey noises during the racist incident, a hearing was told.

The 28-year-old was sacked from her job and convicted earlier this year of acting in a “racially aggravated manner”. 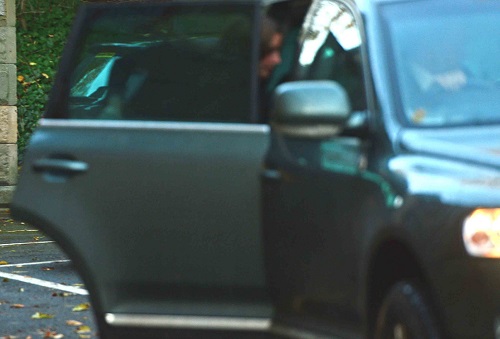 The incident has come to light after Mrs Patterson this week launched a bid to save her teaching career.

The General Teaching Council for Scotland (GTCS), at a hearing in Edinburgh, claims that her fitness toteach is impaired.

Mrs Patterson, pictured above leaving the hearing in a hurry, admits she was drunk and regrets her behaviour towards staff at Aurum nightclub.

But she claims she was wrongly convicted of making racist comments.

The GTCS revealed at the hearing that Mrs Patterson appeared at Aberdeen Sheriff Court in January this year and was fined £600.

She was convicted by Sheriff Graeme Buchanan of “act[ing] in a racially aggravated manner” and shouting, swearing and making “racist remarks” to an employee of the nightclub in May 2012.

He said: “The remark was to refer to the steward as ‘You’re nothing but a fucking monkey’ and the racially aggravated manner was to make monkey noises.”

Asking the panel to strike the teacher off, Mr Reid said the teacher was not appealing her conviction or the decision to sack her.

He said: “Her conviction reflects a serious departure from the standards expected of a teacher. She remains in denial.”

She said: “I was at Aurum with my husband, brother-in-law and a number of friends. We were in a happy, jovial mood and had been out for a meal.”

She admitted: “I was dancing on a bench and was asked to leave. A situation arose where I was charged with talking in a racially aggravated manner. I pleaded not guilty.”

She added: “My position remains that I did not act in a racially aggravated manner and I did not make racist remarks.”

“I do regret my reaction to the door staff. I also regret that on the night my consumption of alcohol was such that my defence was not accepted by the court.”

Mrs Patterson said teaching children from troubled backgrounds was “a job I loved”.

She said one school she worked at, St Machar Academy in Aberdeen, had around 20% of children who did not speak English as a first language.

“I have had 10 years of an active social life and been a student in two cities and all that involves – going out drinking. I have never been in trouble with door staff or had a negative night out.”

“In my personal life race and colour and ethnicity makes no difference to me. I respect different cultures and beliefs but I treat everyone with respect.”

The headteacher of St Machar Academy, Isabel McIntyre, described Mrs Patterson as “exactly the kind of person we need in Scotland” and her former tutor Richard Dargie said she passed her teachingqualification at Edinburgh University with “distinction.”

Mrs Patterson’s lawyer Alastair Milne told the panel a reprimand would be the appropriate sanction.