POLICE are planning to clamp down on speeding drivers at a “cruise” tribute to Fast & Furious actor Paul Walker in Scotland tomorrow night.

A major police operation has been launched after plans to host a “cruise” – where young drivers show off their cars by coasting up and down a stretch of road – in Kirkcaldy, Fife emerged on social media.

There are fears that as many as 4,600 people from across Scotland could descend on the town’s promenade for the event, which has been dubbed “2 Fife 2 Furious”. 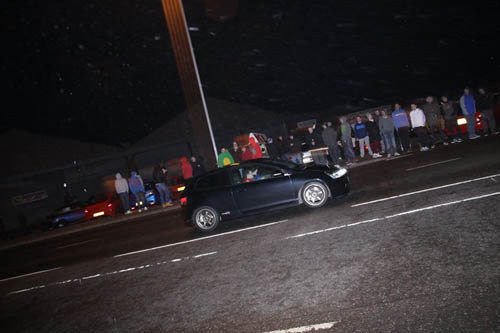 More than 900 people from across Scotland have said they intend to gather on the town’s waterfront in homage to the Fast and Furious actor, who died last week following a car crash in California.

Invites to the event have been sent to a further 3,500 people, causing potential gridlock in the area and raising concerns over public safety.

Word of the event has spread on social networking sites at a location that has been a favourite for many years with so-called “boy racers.”

The event’s organisers, N/A Nonsense Racing, said on Facebook: “We feel its only right to make this a rememberance event.

“We want you to make as much noise at 9:30 for 1min as a tribute to a great man, besides that it will be usual car banter.”

However, police have warned “cruisers” that anti-social behaviour and speeding will not be tolerated.

A heavy police presence is expected should the event go ahead.

Inspector Dave Latto said: “We are attempting to make contact with the organisers of the event to establish what exactly they propose to carry out.

“I must emphasise though that should any event occur there will be a police presence and robust action will be taken against any people committing any road traffic or other offences.”

Those behind the event have even asked for a “minute of noise” at 9.30pm, with drivers asked to rev their engines and sound their horns in tribute.

However, because of the reputation of the area and long standing concerns about drag racing and public safety along the Esplanade.

Mr Latto added: “We will engage with drivers who are in the area on Saturday night and emphasise road safety over the festive period, carrying out checks of their vehicles and driving documents to ensure that all aspects of their driving is safe in respect of their own use of the roads and that of other road users.”

The event has been arranged in memory of the 40-year-old Hollywood who starred in the Fast and Furious films that were hugely popular in the modified car scene before breaking into the mainstream.

He died when the car his friend, Roger Rodas, was driving crashed into a street light in Valencia, California.

Because of his association with modified cars, several events around the world have been organised in tribute to Walker.

Kirkcaldy has become a notorious area for “boy racers” with residents complaining for years about groups of motorists revving their engines and using the road as a race track.

Police have attempted major crackdowns before following complaints about the noise of horns sounding and music blaring into the small hours of the morning.

In 2008 a major crackdown saw police seizing any car which was uninsured or being driven in an anti-social manner.