THE MOTHER of convicted murderer Luke Mitchell has finally sold the home where the killer of Jodi Jones grew up.

Corinne Mitchell, 55, is understood to have knocked £5,000 off the £180,000 asking price for the property in Dalkeith, Midlothian, which had been on the market for a year. 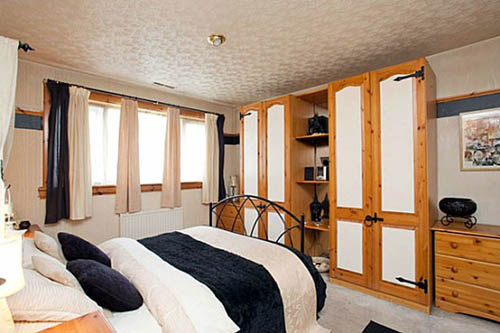 One couple who viewed the three-bedroom villa said pictures of Mitchell, 25, still adorn the walls.

And the killer’s bedroom remained almost unchanged since he was jailed in 2005 for murdering his 14-year-old girlfriend.

Ms Mitchell told the viewers that her children had “moved out” and that she wanted to “downsize” while remaining in the area.

Mitchell was just 14 when he murdered Jodi, leaving her mutilated body behind a wall in woodland in nearby Easthouses.

Before he became prime suspect in the case, Mitchell appeared on television being interviewed in the living room of the house with his mother’s arm draped around his shoulder. 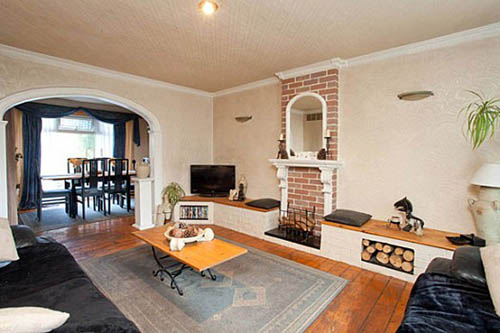 The property in Newbattle Abbey Crescent was put on the market in June last year by Edinburgh-based Urquharts Property.

In their glossy A4 brochure the firm described the house as “set against a woodland backdrop, this villa offers good-sized family accommodation”.

The property was offered at a fixed price of £180,000 and Ms Mitchell told prospective buyers she would not budge from that price.

Insiders confirmed, however, that the property had just been bought for £175,000. Experts claim that figure is around £35,000 less than the average for the street. 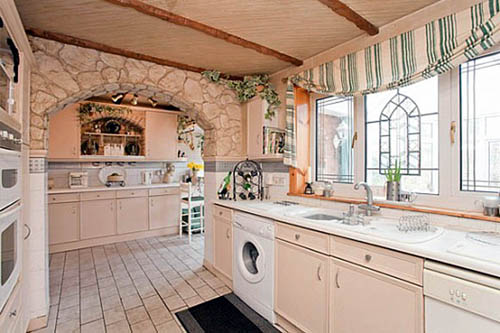 One viewer who went to see the property said: “We went to see the house and were surprised to see pictures of Luke on the wall when she was trying to sell it. Before we went we didn’t know it was their house.

“His room was decorated in red, black and grey with a big wolf on the wall. It had a much older computer in the room, so nothing had been updated in a while.

“She just told us her children had moved out and she wanted to downsize.

“The weirdest thing was the garage, which was full of clutter but also had a cage with a hedgehog in it she had rescued. They all seemed to love animals. There were pictures of all the dogs she’d owned and a picture of Luke on a horse.”

Jodi was reported missing by her mother on 30 June 2003 after she failed to return home after saying she was going to meet Mitchell.

After an investigation was launched to find her, Mitchell located her mutilated body behind a wall in woodlands.

A murder investigation was launched on 1 July 2003 by the then Lothian and Borders Police.

Although originally questioned as a witness to the crime, Mitchell was later arrested and charged with his girlfriend’s murder.

Mitchell continues to deny his guilt and has so far racked up a taxpayer-funded bill of at least £571,000 on appeals against conviction.

Ms Mitchell has also repeatedly denied that her son was responsible for the murder.