The unworn clothing hanging in Scots’ wardrobes amounts to over £2 billion according to research from a leading charity which is calling for people to donate their unwanted clothing.

Shelter Scotland, the housing and homeless charity which helps over half a million people in Scotland each year, says that the average household has up to £1,000 worth of clothes that have not been worn for at least a year, most often because they no longer fit.

The sum amounts to a staggering £2.4 billion across the country in unworn and unwanted clothes which the charity believes could help those in need.

Last year 36,457 households made homeless applications to their local council in Scotland. Meanwhile, 150,500 households are currently on waiting lists for a home of their own. 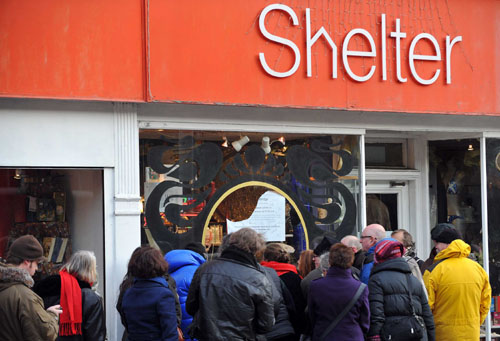 Graeme Brown, Director of Shelter Scotland, said: “It costs just £10 for one of our expert advisors to help a family or individual at risk of losing their home – we can raise that money by selling an unwanted jumper or pair shoes.

“£45 is enough to train an advisor to protect children at risk, and that money could be raised from selling an unwanted winter coat that’s taking up space in someone’s wardrobe.

“We hope that the people of Scotland will continue to support us, because without their help and generosity our fight to end bad housing and homelessness would be so much harder.”

Research by WRAP shows that the annual footprints of a household’s new and existing clothing are equivalent to the weight of over 100 pairs of jeans or the water needed to fill over 1,000 bathtubs.

WRAP says that extending the average life of clothes by just three months, such as donating them to charity, would lead to a 5-10% reduction in each of the carbon, water and waste footprints.

It is estimated that £140 million worth (350,000 tonnes) of used clothing is thrown into landfill sites throughout the UK every year – clothes which Shelter Scotland says could be donated to charity.