CRIME-hit Scottish farmers have been trying out the same Fog Bandits used to tackle the armed gang who raided Glasgow Argyll Arcade.

The £2,000 devices, which create a thick fog-like cloud, are usually fitted in high-end jewellers and banks.

But a video shows how a Fog Bandit was tested inside a barn containing tractors and other equipment worth tens of thousands of pounds. 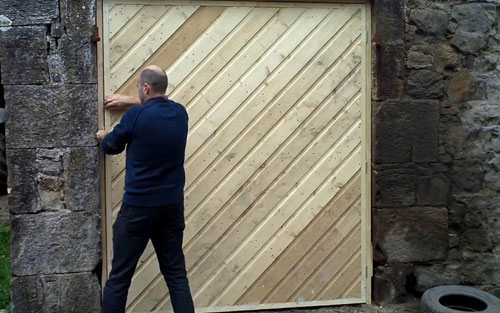 As soon as the alarm is triggered, at a farm in Jedburgh, Scottish Borders, a dense cloud fills the interior and can be seen billowing out of the doors. 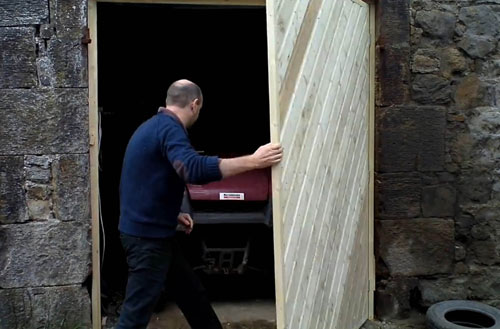 It is hoped the devices, which can fill a garage with fog so thick you can’t see your hand in front of your face, will protect farmers and their expensive equipment.

Kerry Barr, Lothians and Borders manager for National Farmer’s Union (NFU) Scotland, saw the machines in action at an event on a farm this week. 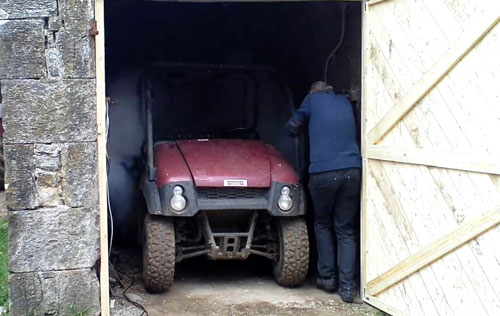 “It’s a very good deterrent I thought,” she said: “It is very disorientating. I do think it would genuinely work.

“There were a lot of people impressed by it and how quickly you couldn’t see anything.

“I would certainly urge farmers to look into different things and try new methods of deterrents.” 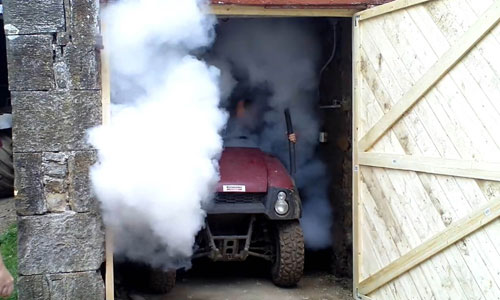 Fog Bandits hit the headlines in September last year when a gang, who carried out a £230,000 raid at a the Argyll Arcade, were seen running from the heist after the fog alarm was triggered.

Dramatic footage showed what looked smoke filling the arcade as the thieves, dressed in dark clothing, ran away. Three men will be sentenced in July after admitting at the High Court in Glasgow to armed robbery. 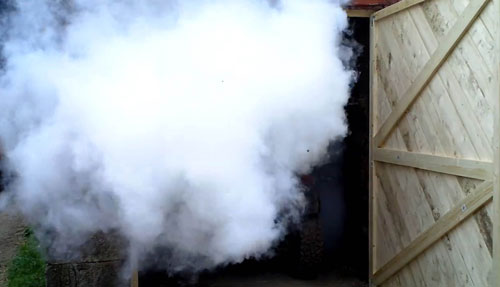 He said: “It gets a signal from the alarm system – the alarm sounds and fills the space with a dense fog. What can’t be seen can’t be stolen.”

Gavin Millar (40), who has a farm in the Scottish Borders, also had one of the machines fitted to his garage for a demonstration. He said: “I thought it was excellent.

“The whole place was filled within seconds – you couldn’t see your hand in front of your face.” 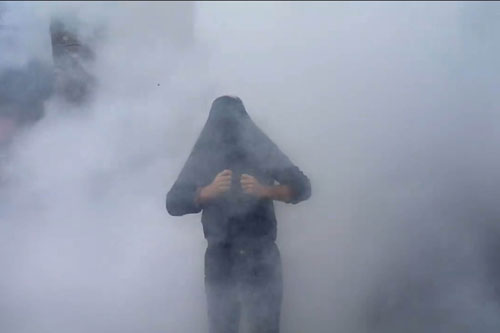 He continued: “Rural crime is an increasing problem – every year it appears there is more.”

Police officer Kirsty Neish from the Police Scotland’s Safer Communities team was at one of the demonstrations and said: “It’s an unusual device.

“If you have a small barn where you store quad bikes or power tools for example, it’s an excellent bit of kit.”

She said the fog has a menthol smell so it is not mistaken for smoke from a fire.