Fear and Loathing at T in the Park

“The horror! The horror!” – Kurtz, Heart of Darkness

ON Friday I worked at T in the Park, Scotland’s biggest and most menacing music festival. In the office we have settled on describing it as somewhere between Lord of the Flies and the battle of Passchendaele.

What follows are some observations. 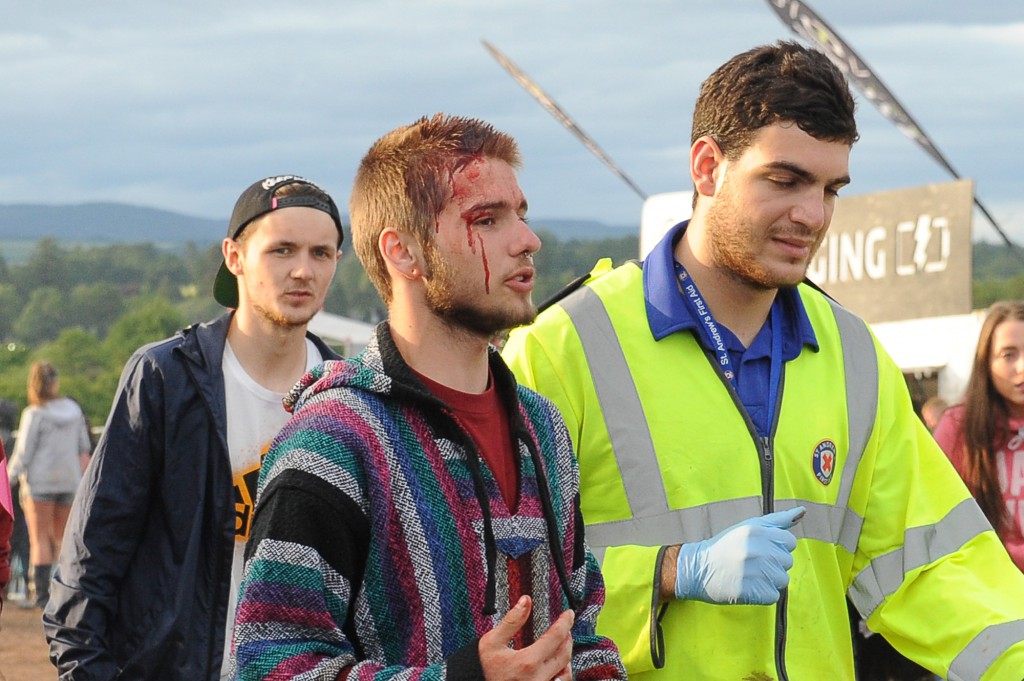 Police efforts to crack down on drugs coming in were perfunctory. I had two limp-armed pat downs from teenage volunteers who were clearly in it for the free ticket, and at the entrance there was one frazzled looking sniffer dog that honestly didn’t know which way to turn.

There was also a little amnesty bin left out for people to ditch their drugs in if they were afraid of them being found by cops on the way in. The bin was unguarded, and I feel it was probably being used as a lucky dip. 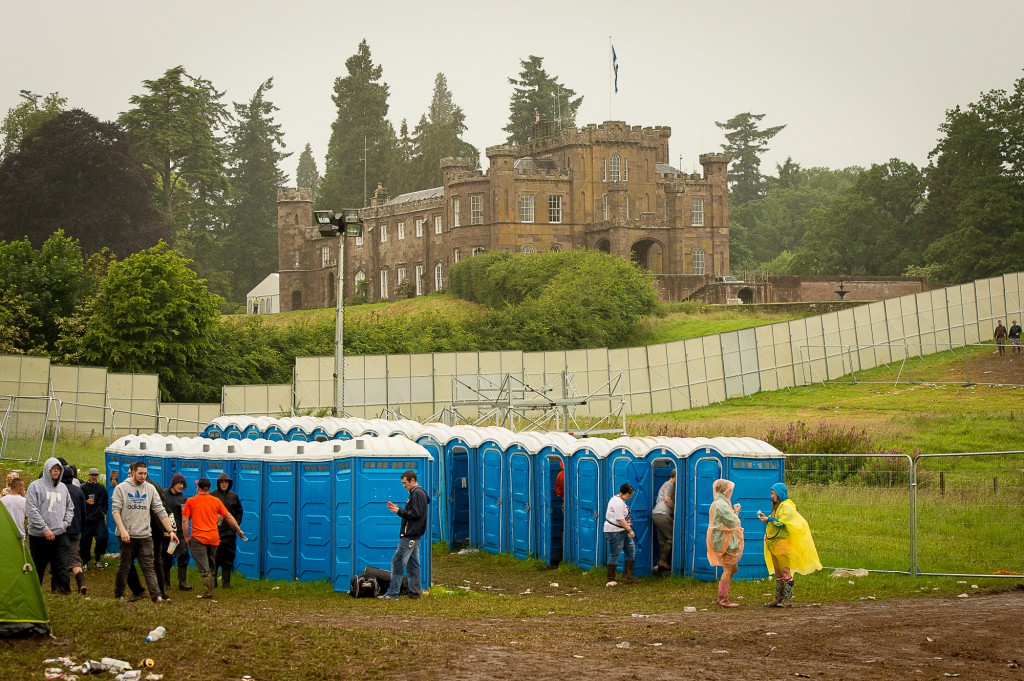 There was nowhere for rubbish at all. The floor became our bin and gravity our binman. In an effort to distinguish ourselves from the sort of people who litter, the more prim of us gently placed our refuse on the floor rather than dropping it. I saw one programme-vendor helpfully offer to take a wrapper from a customer, so they didn’t have to dispose of it. When she turned her back he threw it over his shoulder.

The toilets were predictably bad, as all festival toilets are. There were a few notable differences though. Anything standing out of the ground, and taller than half a metre was considered a viable urinal. And when I arrived on Friday lunchtime half of the portaloos were already unusable. I saw human excrement on the wall of a portaloo at shoulder height, which left me disgusted, impressed and curious all at once. 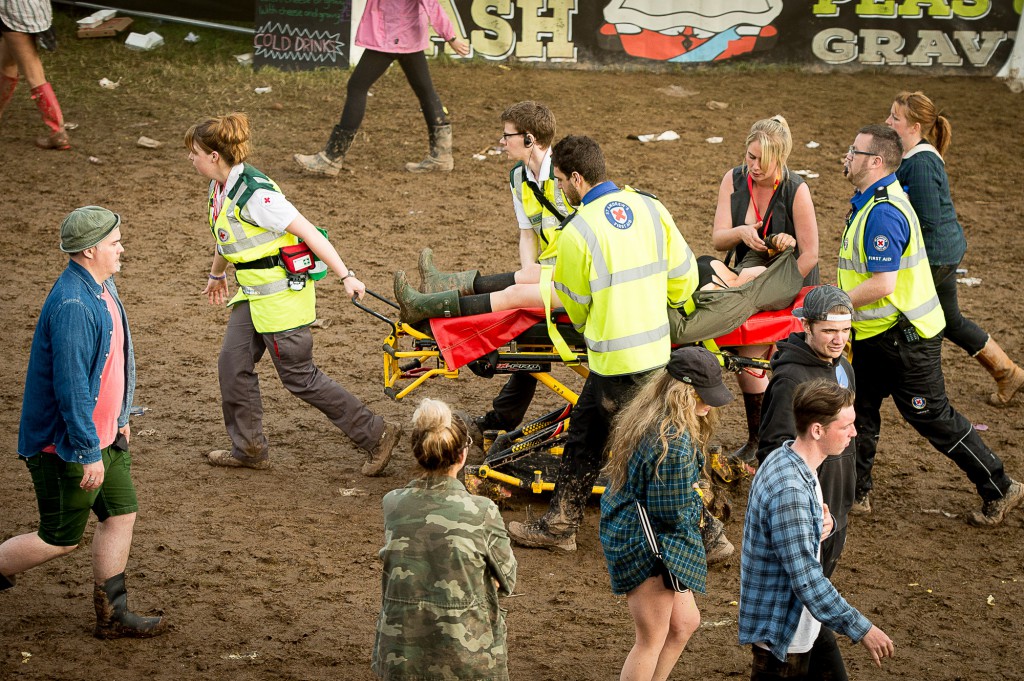 After walking around for about an hour a man collapsed right in front of me. He was a pretty big guy – both fat and tall – and he made a low, tortured groaning noise before his legs dissolved out from under him. At first it looked like a joke, or a pissed-up stumble, but then he began fitting and seizing up.

Obviously at this point I, and a few other people, ran off to get the first aiders. By this point his (drunk or high, or both) friends were going mental, crowding around. The first aiders and police, who were very close by, had also sauntered over like they were taking their morning constitutional, with no sense of urgency at all.

I, obviously, decided to start filming. The first-aiders didn’t seem to know what they were doing, and the fallen man’s friends were borderline aggressive with them, so it seemed like the sort of thing that should be on camera. I got away with it for about two minutes, before his friends went completely spare at me.

I thought I was being subtle, but apparently I was not. Two of his friends, a guy built like a brick house, and a girl in a day-glo yellow top, rushed over to me. He tried to grab my phone and she tried to gouge out my eyes. This is not an exaggeration, and I have scratch marks on my forehead to prove it. It’s actually quite fitting, poetic and old testament-ish that she went for the eyes as I was recording their stricken friend, potentially profiting on others viewing his misfortune. But I think this was probably lost on her as she violently poked the lenses out of my sunglasses.

They were shouting at me a lot at this point, and still trying to grab my phone, whilst I was fervently denying everything.

At that point I decided it would be best to leave. The girl began following me, saying “Stop laughing” and “Don’t you dare walk away from me!” while tugging on my shirt. Then she said “I’ve got a knife in my bag and I’m going to stab you.” She was pointing to a bum bag, about three inches wide, so in retrospect I’m a bit skeptical that I would have been in much danger. But at the time my voice rose by two octaves, my palms got sweaty and I broke into a gentle jog to escape. My main thought was how disappointed I would be to die at T in the Park. 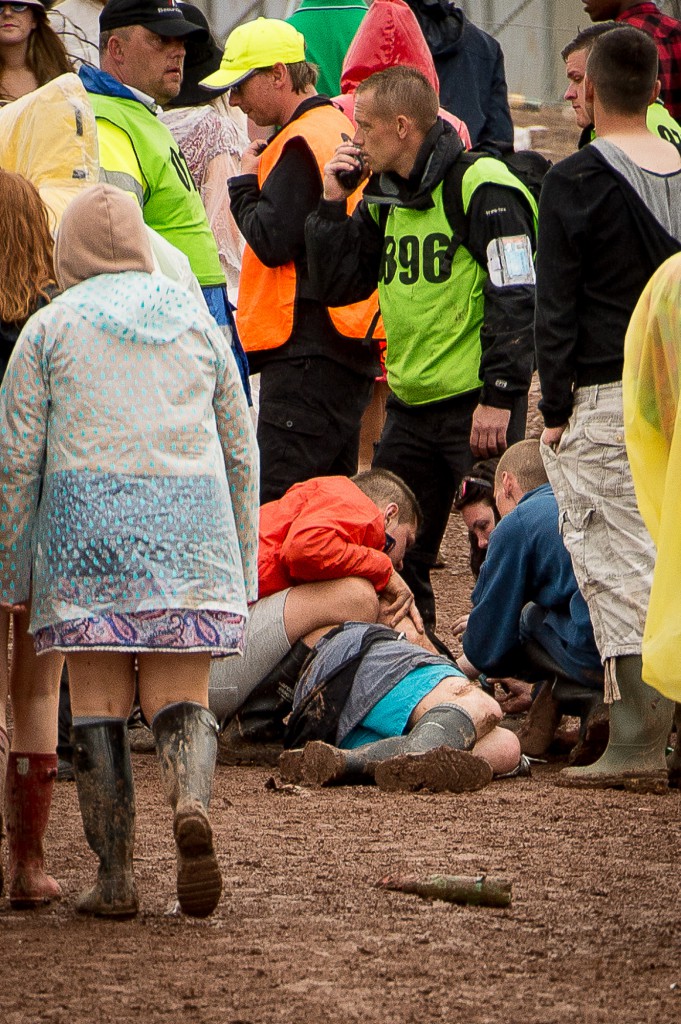 In typical Police Scotland style, there were two officers standing not ten metres away as I was attacked and threatened with a stabbing. I saw one turn around as it all began to kick off. Keeping people safe. 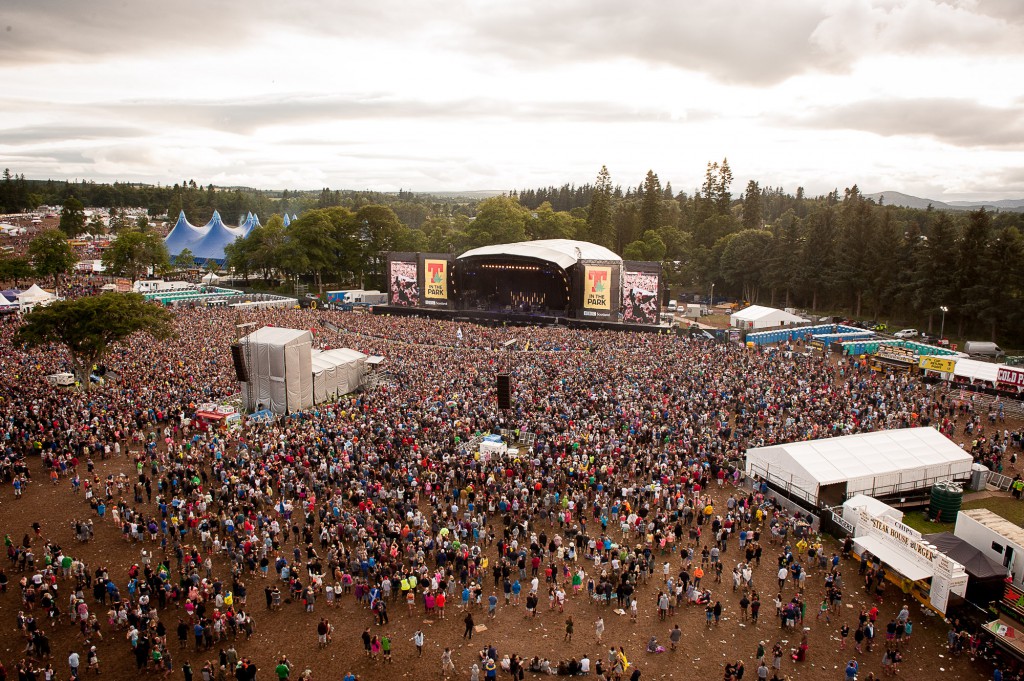 People were certainly indulging in chemical pastimes. Having grown up near Glastonbury, and visited a number of other large music festivals, I have never seen so many people so ruined so early on in the day. The medical tents were in full use early on, and it was only lunchtime when I saw the first person stretchered out. I saw some eyes so far crossed that I don’t think they will ever see straight again.

A lot of people tried to buy drugs off me.

What follows is a conversation I had with one sweaty topless reveller covered in orange facepaint.

He [with eyes like dishpans]: “What are you selling?”

He: “What gear are you selling?”

He: “Will you give me a call when you get some more?”

Me: “I’m not selling anything.”

He: “I know, but when are you getting more?”

Me [patience exhausted]: “I’m a reporter, you should stop asking me for drugs.” 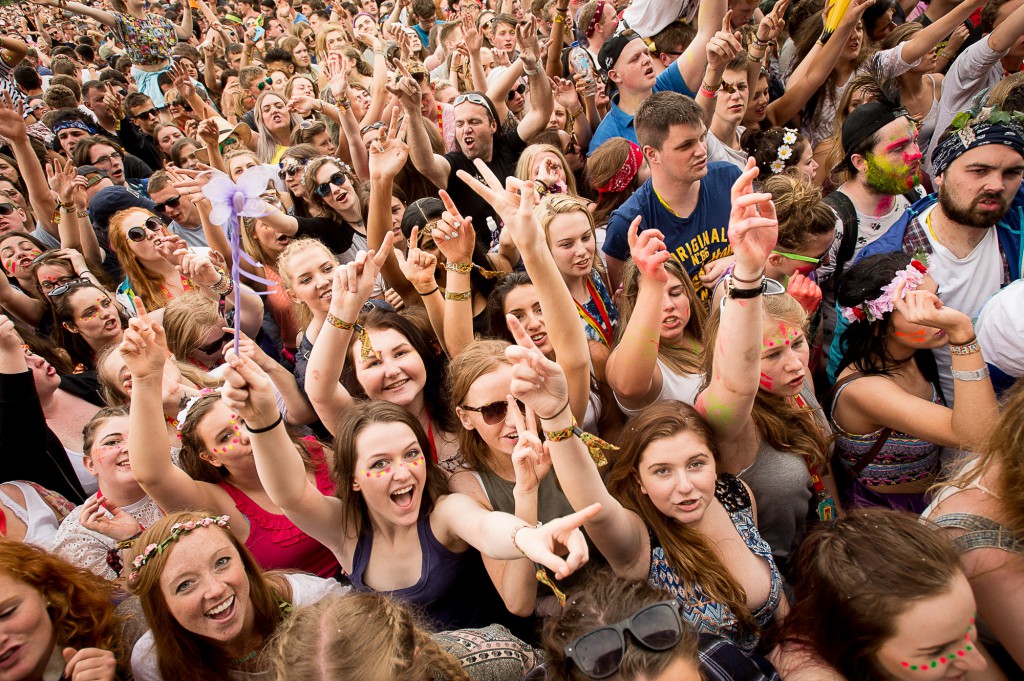 The (hasty) walk back from the campsite to the music area was a five minute affair down an alley, fenced in with crowd-control barriers in various states of disrepair and paved with vast deltas of urine. At one point a reveller fell into the same section of fencing three times in the space of thirty seconds.

I also passed about four or five sets of passed out people. The scenes were reminiscent of the climbers who die whilst making for the summit of Everest, whose bodies can’t be moved, and who eventually become landmarks and waypoints for the mountaineers who follow them.