YOUNG, mum and full of puns – Bonnie Fairbrass is living proof that a complicated life can make a girl very funny indeed.

The electric haired stand-up endeared herself to Edinburgh Festival preview audiences last month with her approachable,  self-aware brand of observational humour, shot through with honesty and sharp lines like: “Being a bitch is a learned skill.”

Bonnie first started performing stand up back in 2006 after taking part in a comedy workshop run by the legendary The Stand Comedy Club in Edinburgh as part of The Glasgow Comedy Festival.

Just months later, she was a semi finalist at both the “So You Think You’re Funny?” and “Funny Woman”  competitions 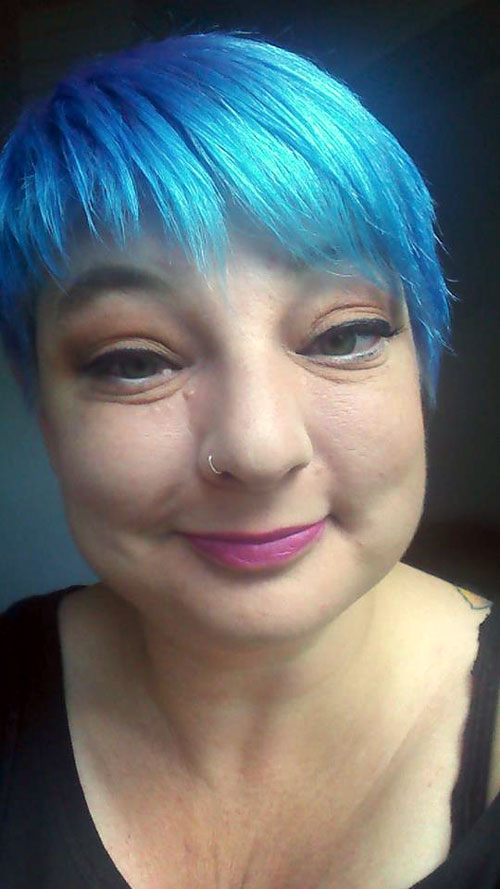 Fond of the odd swear word, Bonnie says she was then banned from all Funny Woman gigs for being needlessly crude and offensive, and that she is “extremely proud” about it.

She also wrote and hosted two radio shows  – ‘Mind the crack’ on Leith fm and later ‘The Waiting Room’.

But her hopes of a radio and stage career were dashed by personal circumstances and resulted in her struggling to bring up twins as a single mother.

Bonnie spent six years living in rural Shropshire, before throwing in the towel and moving back to Scotland last year.

Now making a welcome return to the stand-up comedy circuit, her show “Masters of the Yoniverse” is at The Counting House (Venue 170) from 17th – 28th August at 1pm on Mondays, Thursdays, and Fridays.

Videos of her performances can be viewed here