The duo were on the books together at Tynecastle for seven years, with Walker lauding the big Aussie’s influence on the young players emerging through the ranks.

However, there will be no room for sentiment when the Jambos visit Tannadice tomorrow afternoon.

That was underlined when Dundee United star McGowan posted an ominous warning on Walker’s Instagram account after the Hearts man had uploaded a picture of his troublesome left knee undergoing acupuncture treatment. 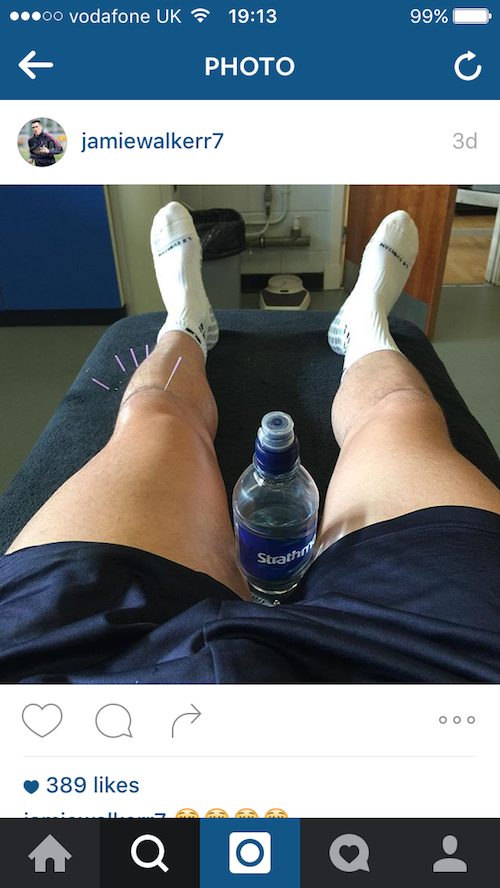 Walker joked: “I’ve not been in touch with Gowser – but he has been on my Instagram. I put a picture of my knees up and he commented with ‘Don’t be scared for Sunday’! There might be a heavy challenge early doors.”

He continued: “Ryan was a big player in the year we won the Scottish Cup and it’s good to play against old friends.

“He was a great guy to have around the place and a good influence on the young boys before he left, which the club is still benefitting from.”

Meanwhile, Walker insists he is wary of a “fired-up” Dundee United – under former Hibee Mixu Paatelainen.

He recalled: “I saw him a few times playing for Hibs against Hearts. He was always a big presence on derby day, so I’m sure he’ll be a big presence in that dressing room, so we’ll be ready to go up against a fired up United.

“It is always the same when a team gets a new manager. The players will be looking to impress him and cement their places in the starting eleven. They will be up for it, but so will we, so I’m looking forward to it.”