Celtic skipper Scott Brown is inviting bids for his services

@CCP_sport
Celtic captain Scott Brown is inviting bids for his services in the wake of Sunday’s agonising penalty shoot-out defeat to Rangers.
But Hoops fans have no need to worry because the 30-year-old is one of a number of past and present sports stars that are doing their bit for charity by raising funds for the Edinburgh Sick Kids Hospital.
Brown will join Scotland rugby legend Gavin Hastings, former WBO super-featherweight champion Alex Arthur, ex-Hearts and Hibs midfielder Michael Stewart and current Commonwealth judo champion Sarah Clark in taking part in the Ultimate Sports Quiz in Edinburgh this evening. 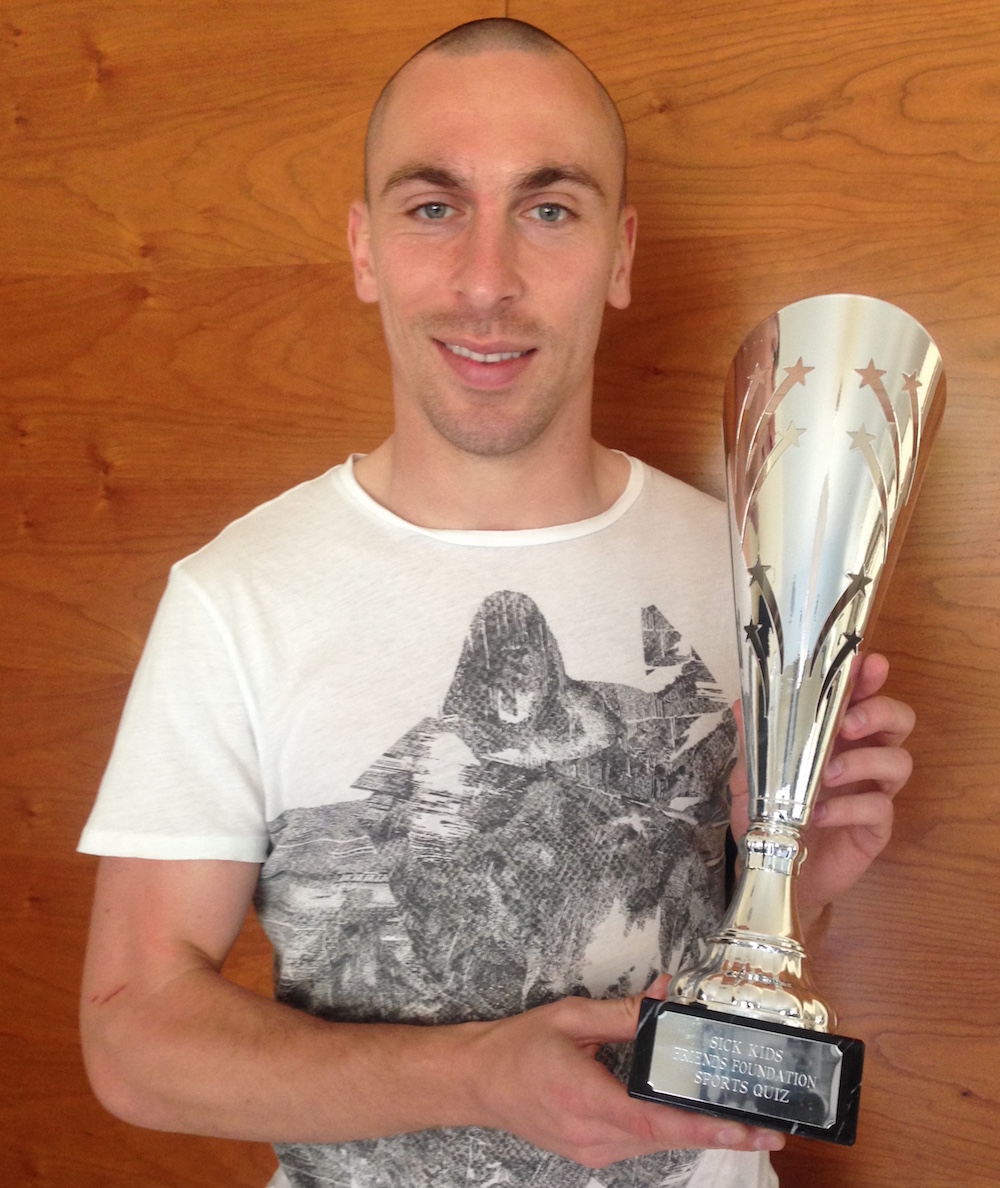 And each team that attends the bash is being given the chance to bid for a sporting celebrity to become their ‘eleventh man’.

Brown will get the chance to compete for silverware just four days after Celtic were defeated by arch-rivals Rangers on penalties in the semi-final of the Scottish Cup at Hampden.

After the pulsating clash was tied at 2-2 following extra-time, Brown was one of three Celtic players that failed to convert from 12 yards in a 5-4 penalty defeat.

Scotland skipper Brown has urged quiz teams to dig deep to secure his services at tonight’s quiz at the Ghillie Dhu in Edinburgh.

The former Hibs player said: “Please donate as much as you can to the Ultimate Sports Quiz, it’s a great opportunity to have a bit of banter and you can have the chance to get your hands on a trophy.

“If you want me as your eleventh man, I’m not going to offer a great deal but I’ll come along for a little bit of banter and hopefully answer a few more questions than Mickey Stewart as well.

“Please donate as much as you can to the sick kids charity, it means so much to everyone.”

Retired midfielder Stewart, who now works as a football pundit for the BBC, said: “We want to be raising as much money as possible at the Ultimate Sports quiz and I want you to be bidding for me.

“I could be the eleventh man on the team. I get paid to watch football now so I’m meant to know what I’m talking about.

“If anybody ends up paying a penny more for Scott Brown than they do for me then there’s going to be problems and I might just go home. Lets get as much money raised as possible for this great charity.”

Quiz host Frank Cussack said: “We’ve got a host of great sporting names giving up their time for free by coming along to support the Sick Kids Friends Foundation.

“It’s a massive year for the charity, we have the new Sick Kids hospital being built in Edinburgh and we’re trying to raise an additional £2.9 million to ensure the hospital is a welcoming and friendly environment for kids.

“We want to give the hospital a soul by doing things like putting up interactive walls with games and building a 120-seater cinema in the main concourse.”