Dumbarton striker Christian Nade admits the Sons are desperate to collect the win that would seal their Championship status for another season.

Stevie Aitken’s side host St Mirren today knowing they could secure their status as a second tier club, with 9th place Livingston five points adrift in the relegation play-off place.

Experienced Frenchman Nade is set to be the man that Dumbarton look to this afternoon with the former Hearts and Dundee marksman having scored three goals in his last two games. 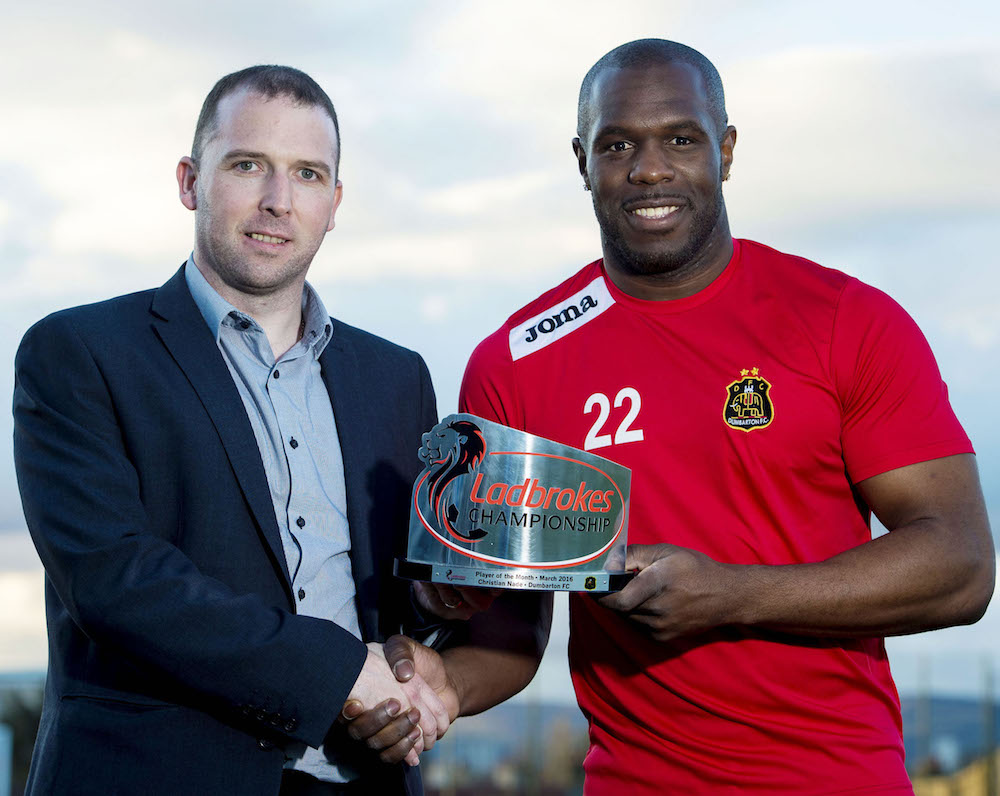 Nade said: “We’re desperate to get away from Livingston and we were very disappointed with our defeat to Raith last weekend.

“That would have given us a massive advantage but it didn’t happen. We’re are going to try everything to try and win this weekend, we have to believe.

“I don’t know if we are worrying, I’d rather be in our position than Livingston’s. It’s in our own hands and if we do well we don’t have to worry. We will work hard like we’ve done and try to get a result this weekend.”

Despite Dumbarton’s status as a part-time team, Nade insists survival is the least the club should be aiming for.

He added: “I don’t know if it would be an achievement to stay in the league because for me with the team we’ve got, it’s more something normal that we’re meant to be in the Championship and that’s what we’ll try and do.”