Falkirk manager Peter Houston is hoping goal difference will be enough to seal second in the Championship ahead of Hibs.

The Bairns twice came from behind to claim a point in Saturday’s 2-2 draw with fellow play-off rivals Raith Rovers. 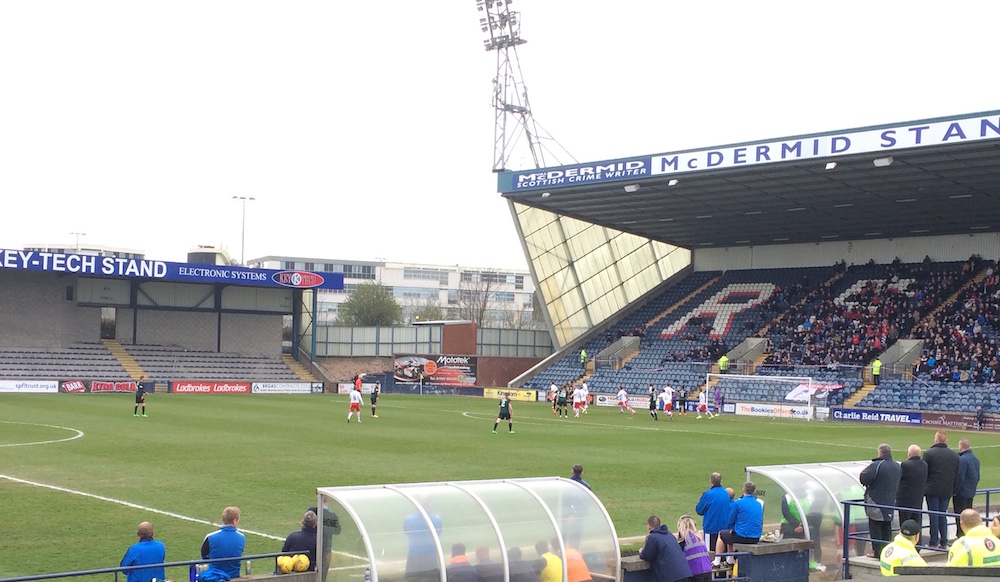 Houston’s side are three points and seven goals better off than their Leith counterparts, who have two games left to play, heading into next Sunday’s final league match at home to Morton.

Houston, who watched Craig Sibbald and Bob McHugh cancel out Craig Barr and Ryan Hardie strikes at Stark’s Park, said: “It could end up being a crucial point. Hibs need to score goals and I think Hibs will win the last two games.

“And it means we have to beat Morton to try and give ourselves that ten days extra and two games less.”

Houston was thrilled with the points after having to name a patched-up side against Rovers.

He added: “I tell no lies when I say I started the game with three players who wouldn’t have played if others guys had been available.

“Blair Alston, Tom Taiwo and Will Vaulks had all been carrying knocks.”