ST Johnstone manager Tommy Wright has praised his players for not donning their ‘Speedos or suntan lotion’ prematurely after setting them the target of a fourth-placed finish to the season.

Goals from David Wotherspoon, Steven MacLean and Liam Craig earned the Perth outfit a richly-deserved 3-0 victory over Aberdeen on Friday night to take them above Motherwell and in behind Celtic, Aberdeen and Hearts. 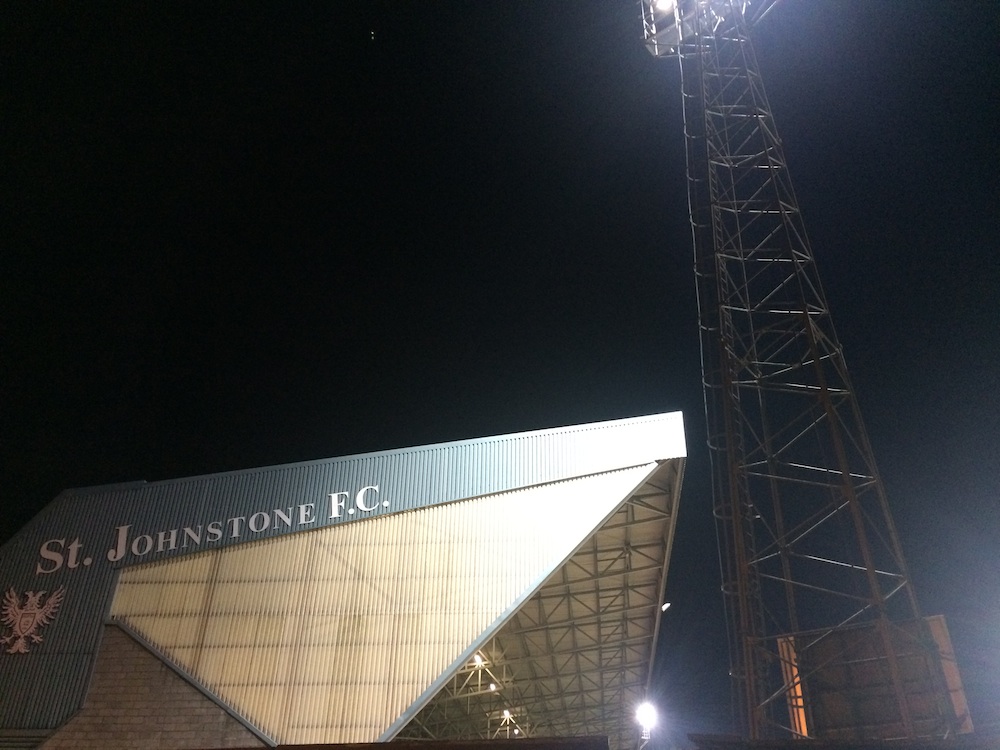 With Rangers and Hibernian contesting next month’s Scottish Cup final, fourth will not be good enough to qualify the Saints for Europe for a fifth consecutive year.

However, Wright has challenged his side to take pleasure in demonstrating themselves the fourth best team in the country.

He said: “It’s easy to say these five games (after the split) mean nothing, but they do, they’re important. We’ve got personal pride.

“We proved last year we were the fourth-best team in the country and we want to prove that this year again.

“The fact we don’t get Europe doesn’t really affect how we’re going to approach the last four games.

“We’ve emphasised that to them all week, ‘don’t be getting your suntan lotion out and your Speedos out yet. There’s a long way to go in this season and we’ve got to make sure we finish it strongly’.

“We want to try and get fourth place.

“People seem to think the games don’t mean anything because you can’t go out of the top-six, but they do and we put ourselves under tremendous pressure within the dressing-room to win every game.”

In addition to their three goals, St Johnstone also struck the crossbar with an early Joe Shaughnessy header and had what TV replays indicated was a perfectly good ‘goal’ from Steven Anderson ruled out by referee Craig Thomson.

With the win taking Saints’ goal tally to 12 from four games against Aberdeen this season, Wright was thrilled with the victory over a Dons team who could not live up to manager Derek McInnes’ claims they were still in the title hunt.

The McDiarmid Park boss added: “It was an excellent performance against a good side. From the first whistle we were right at it and I think we deserved the win.

“I’m pleased with that and I think when we play like that nobody would really want to play us.

“It probably could have been more but, 3-0 against the second-best team in the country, we’re not going to be greedy.

“A clean sheet and to score three goals against a side I rate very highly, I can’t ask for more.”