RAY McKinnon has confessed the vacant Dundee United job is an ‘attractive’ one and that he is ‘hungry’ to fulfil his ambition by moving up the managerial ladder.

However, the Raith Rovers boss has insisted he will still be at Stark’s Park next season if he is successful in winning promotion with his current club.

McKinnon, who has been named the Championship manager of the month for April, admits it is ‘exciting’ any time he is linked with another club, and he would be forgiven if that thrill was enhanced on this occasion after he was installed as favourite to replace Mixu Paatelainen at United. 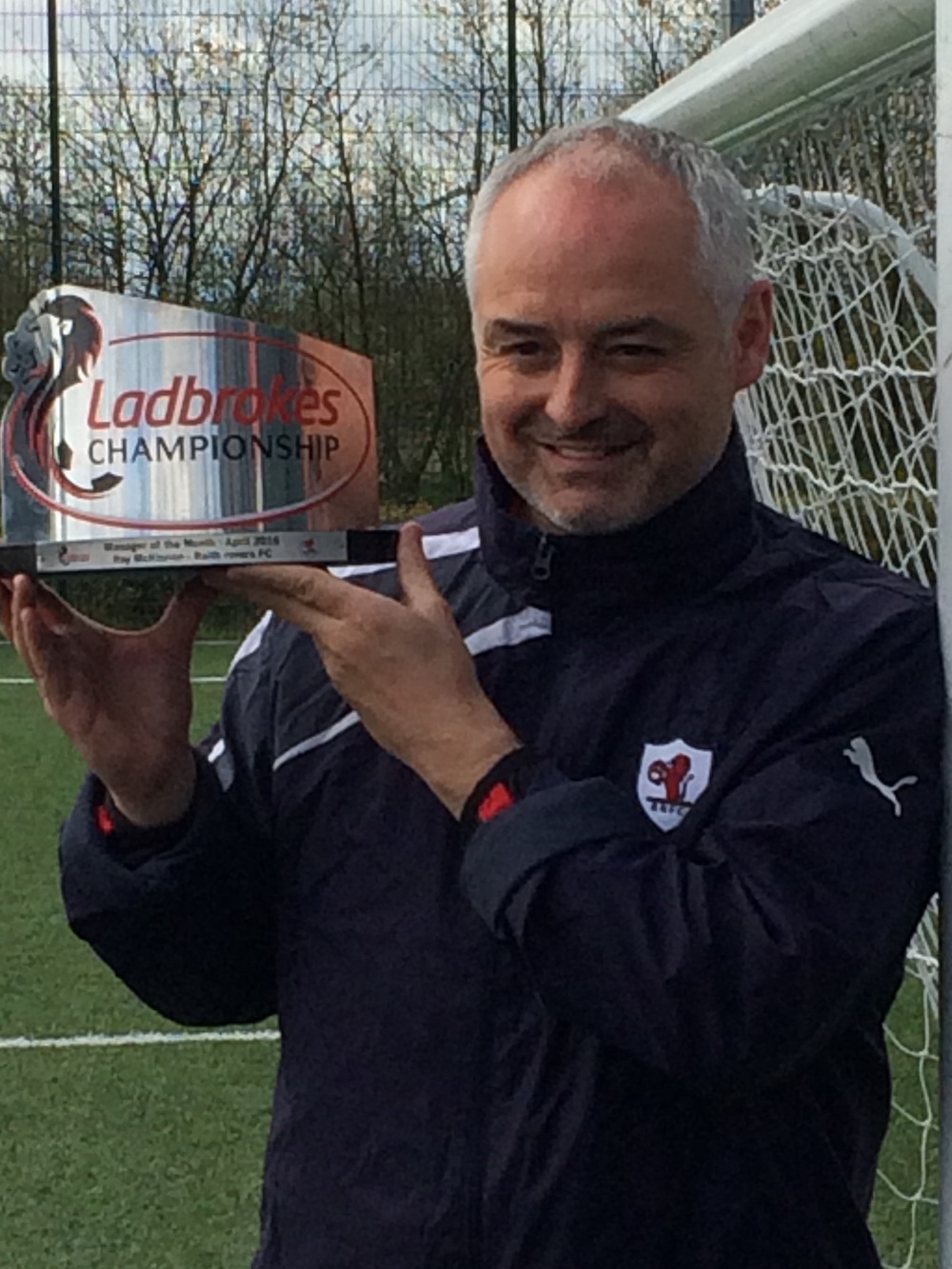 The 45-year-old grew up in Dundee as a fan of the Tannadice side, went on to play for the Tangerines and has children who are now United supporters. Previously, he has said they are ‘my club’.

“You know, make no mistake about it, they’re a big club,” he said as he lifted his award and previewed the second-leg of Rovers’ play-off semi-final against Hibernian. “But it honestly hasn’t affected me.

“Any time you’re linked with a club, it’s exciting. It’s my hometown club, I played for them, my kids support them. I get that.

McKinnon has worked wonders on a shoestring budget at Raith, resources that are set to be cut still further if the club remains in the Championship next season.

This is his first full-time appointment and he has far exceeded expectations, leaving observers to wonder just what he could achieve with greater financial backing.

“I can say openly that I have ambition,” he went on. “I do, and I want to go as far as I can in football. I’ve got the drive and I’m hungry for it.”

That focus is currently centred on trying to steer Raith through the cut-throat Premiership play-offs and into the top-flight.

It would be an unlikely story should they manage to do it, a lesser Scottish version of Leicester City’s extraordinary title triumph south of the border.

The Kirkcaldy outfit are already one step closer to that dream after Wednesday night’s 1-0 first-leg victory over Hibs, giving them the upper hand going into tomorrow’s second-leg at Easter Road.

And it is the start of a possible journey that McKinnon has acknowledged he could not walk away from if they are to go all the way to the Premiership.

He said: “If I take Raith up, I will be the Raith Rovers manager next season. It is as simple as that.”