NEIL Alexander reckons he has landed on his feet after being floored by his shock departure from Hearts.

The new Aberdeen signing has hit out at a lack of ‘loyalty, emotion or sentiment’ in football and the ‘dog-eat-dog’ nature of the game after confessing to shock at his exit from Tynecastle.

Alexander believed he was about to extend his stay with the Gorgie club after months of talks over a new contract were close to completion. 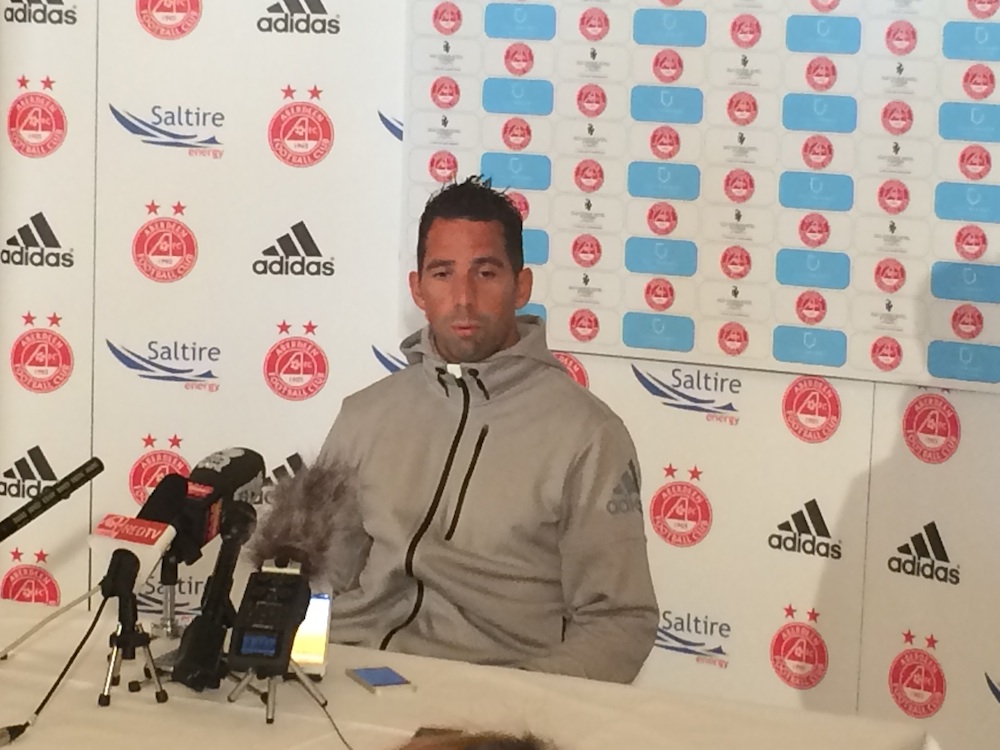 However, just days after the end of the campaign, that deal was suddenly taken off the table.

The 38-year-old refused to make public the reasons he was given for the 11th-hour change of heart from head coach Robbie Neilson.

But, whilst keen to claim he ‘respected the decision’, the former Rangers number one has still confessed to being left stunned.

“It was great (at Hearts),” said Alexander, who has penned a 12-month deal with Aberdeen. “I’ve been part of the coaching staff, a senior pro, and I had a really good couple of years there. Everything was great. But things change quickly in football and you just have to move on.

“The contract was just pulled off the table.

“Robbie had his reason and, whether I agreed with it or not, he’s sticking to his guns. It was his gut feeling and he wasn’t going to change his mind.

“We were done, we had been negotiating for six months, everything was fine, there were never any problems, and then at the last minute, after the season, it was pulled off the table.

“So, obviously, it comes as a shock. It doesn’t matter how old you are, if you’re an experienced professional like myself or a young boy, it’s never nice.

“I was settled at Hearts, I enjoyed it there, and had done well. I was looking forward to the next season, in Europe, and then suddenly I go from having a contract to not.

“And then the worrying sets in – ‘where does my future lie?’.

“So, I’m very grateful to the manager here for being interested and pursuing that interest. Fortunately enough I’m here and enjoying it.”

Hearts and Aberdeen are due to meet each other in a closed-doors game in St Andrews on Thursday and will meet competitively on the second weekend of the Premiership season.

However, despite being ‘bitterly disappointed’ by Hearts’ decision, Alexander firmly believes that swapping last season’s third-best team for the second-best is a great move.

“There’s no loyalty, emotion or sentiment in football,” he added. “It’s dog eat dog and you have to look after yourself at some point. At the same time you have to learn from it, gain experience from it and move on.

“If you hold grudges it’s difficult to forgive and forget. Luckily, I feel that I’ve maybe moved on to bigger and better, you never know.

“Maybe it’s worked out for the best. I’m delighted to be able to come to a club that finished higher than Hearts and hopefully again we’ll be pushing Celtic and challenging for every cup next year.

“I’m really happy with the way things have worked out.”