Birkirkara manager Drazen Besek has blamed Celtic for his side’s inability to lay a glove on Hearts during their Europa League stalemate on Thursday night.

Despite seeing off Siroki Brijeg in impressive fashion in the previous round and taking West Ham United to penalties last season, the men from Malta were poor against their Scottish visitors.

In stifling heat and humidity which should have suited them down to the ground they failed to truly test Jack Hamilton and were wildly fortunate to escape with a 0-0 draw, with Alim Ozturk rattling the bar and Conor Sammon seeing a goal disallowed. 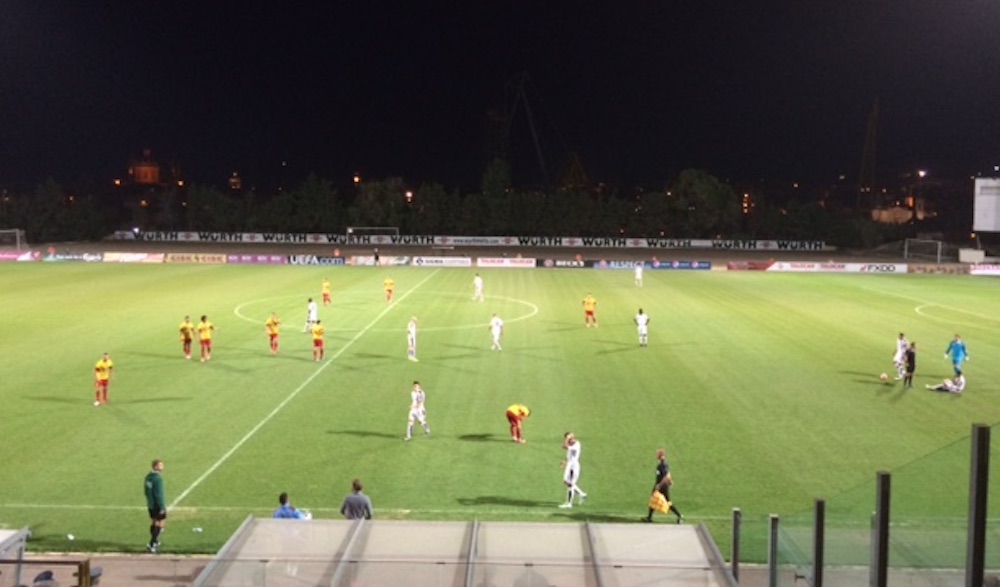 However, Besek had his own explanation for the Jambos’ display, insisting the capital club were determined to make amends for the Hoops’ dismal 1-0 defeat against Lincoln Red Imps in Gibraltar.

The Croatian coach said: “A big problem for us came when Celtic lost against a team from Gibraltar.

“That made sure the Hearts players were 100 per cent motivated for this game and ready to fight.

“The Celtic result was bad for our team but we gave all we had against a very strong Hearts team. We are battling to make our name in Europe and did our best on the night.

“We know who we are playing against, the size of the opposition, and managing not to lose is perfect for us. We now have seven days to prepare and we know what we need to do.”

However, Besek did not display the demeanour of a confident manager ahead of the return leg in Edinburgh, insisting his players’ main priority will be to ‘learn’ from their visit to Tynecastle.

“We hope we can score in Scotland,” he added. “We are very tired at the moment but we will rest for a few days then come to Scotland to learn. We hope it will be a good game for us.”