NEIL Lennon is confident Hibernian will not sell Jason Cummings and insists only a ‘silly’ offer of £5 million would even tempt the Easter Road club.

A bid from English League One side Peterborough United that could total as much as £1.7 million was rejected this week and Cummings showed just why he deserves to be rated so highly when his brace earned Hibs an opening-day 2-1 victory over Falkirk.

The first was a predatory strike, knocking in the loose ball after Danny Rogers had saved from James Keatings, but the second was a top-quality effort, controlling Grant Holt’s lofted pass before spearing his shot beyond the Falkirk goalkeeper. 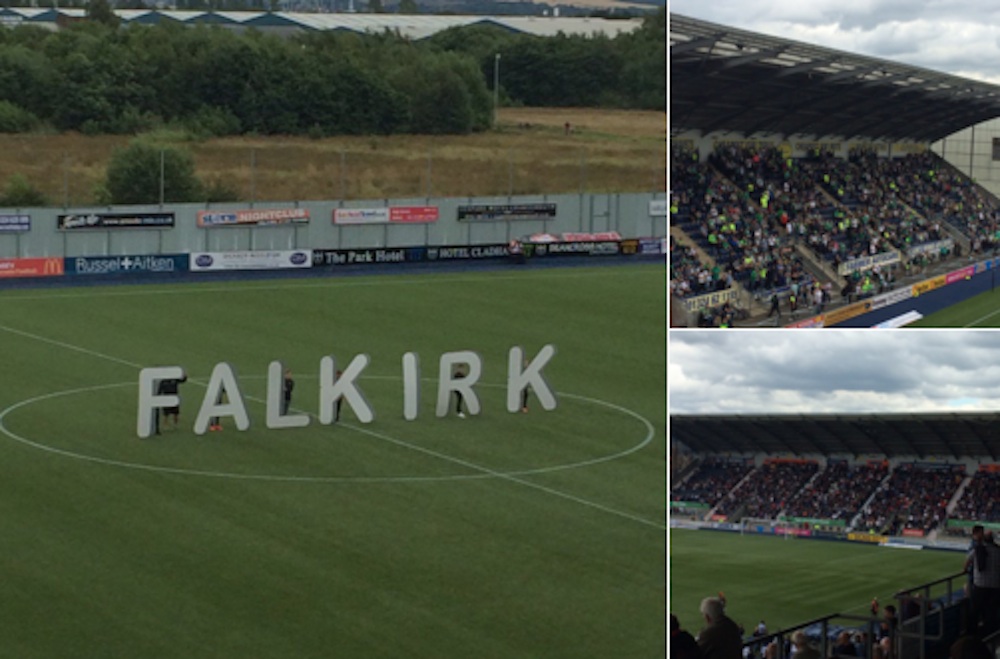 Lennon revealed afterwards that he feared the 21-year-old was keen to leave Hibs in the summer before being convinced to pen a new four-year contract.

And the former Celtic manager is certain the one-time Hearts trainee and Hibs would be best served by him staying put for the time being.

He said: “I spoke to (Peterborough director of football) Barry Fry and to be fair to Peterborough it’s a fair offer for a good player. They’re not coming in at three hundred grand or anything like that.

“But we’re in no position or need to sell.

“From my own experience, everyone has a price, but I would doubt if many clubs could meet our evaluation of what we think of Jason.

“We worked hard in the summer to keep him, he signed a new contract and he’s worked really hard in pre-season, and you can see he’s getting the rewards for it early on. I thought he was fantastic, from start to finish, it was a top performance.

“We’ve made it clear we’re not selling. If someone comes in with a ridiculous offer then the club have something to think about. But he’s happy here.

“I spoke to him at length over three or four days over the summer and he was in the mindset to go, but we were able to persuade him to stay.

“He’s happy and I don’t think he needs to go. He’s the king here at the minute and long way that continue. I still think there’s a lot of scope in Jason to improve so I would be loathe to let him go just yet.

“What’s silly? I don’t know, £5 million – that is silly! He’s a precocious talent and people pay a lot of money for potential.

Lennon’s return to the domestic Scottish game ended happily, with Cummings’ opener, barely 90 seconds in, and his second, just two minutes after the restart, getting the Scottish Cup winners off to a flying start in the new campaign.

Craig Sibbald’s stunning equaliser from 30 yards out was a setback but the Easter Road outfit recovered, even if a nonetheless content Lennon saw room for improvement.

He added: “I’m delighted, it’s a fantastic win, against a very good side at this level. We got off to a great start and then we got a little bit deep, for some reason.

“You can’t give Sibbald that amount of time. It’s a fantastic goal, a brilliant hit, and you have to sometimes hold your hands up and say ‘well done, son’.

“Our reaction was okay, but I felt we could have shown a bit more composure on the ball, at times.

“In the second-half, I thought we managed the game very well. We scored again early and we had good control of the game for long periods.

“Although I thought we looked more of a threat in the first-half, we managed the game a lot better in the second-half.”