Hearts admit they are ‘deeply disappointed’ after Jamie Walker failed with an appeal to quash his two-match ban for diving.

Walker appeared before a Scottish FA disciplinary hearing yesterday afternoon and was supported by head coach Robbie Neilson and director of football Craig Levein at Hampden.

Despite putting forward a case against the charge meted out by Compliance Officer Tony McGlennan, the 23-year-old was found guilty of breaching Rule 201, ‘causing a match official to make an incorrect decision’. 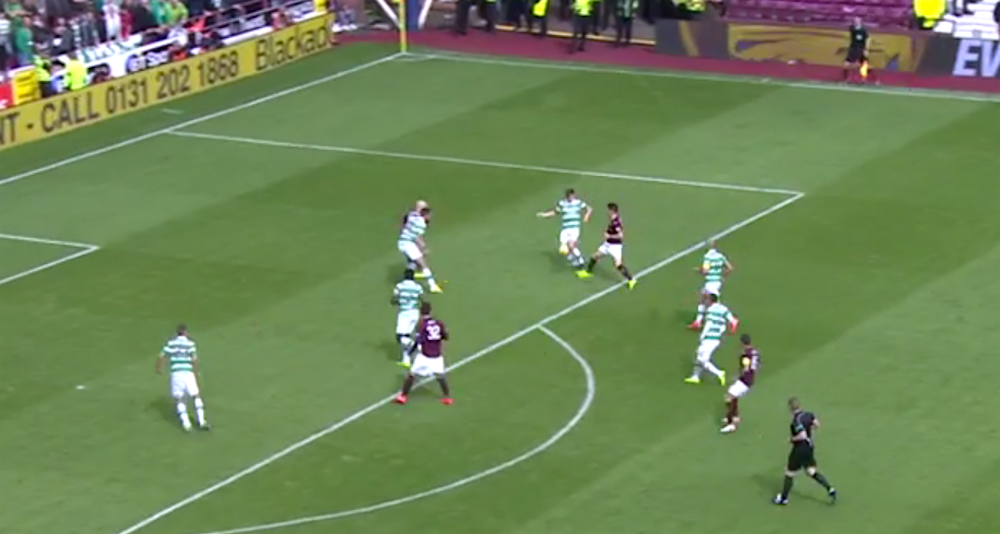 The attacking midfielder will therefore miss Saturday’s Premiership clash at Aberdeen and the following weekend’s visit of Inverness after being punished for conning referee John Beaton during Sunday’s 2-1 defeat to Celtic.

Walker fell in the box under a challenge from Hoops defender Kieran Tierney and scored the resulting penalty to level, before Scott Sinclair notched a second half winner for the visitors.

Celtic captain Scott Brown even branded Walker a ‘cheat’ after the match but speaking on Tuesday, Hearts head coach Neilson vowed to robustly defend Walker, saying: “We will 100 per cent stand by Jamie. “We will appeal because I believe from the footage which we have seen there is slight contact.”

Hearts, however, issued a statement yesterday confirming that their appeal had been unsuccessful.

It read: “Jamie Walker will be forced to sit out Hearts’ next two games after failing to have his offer of a ban overturned.

“The winger attended a disciplinary hearing at Hampden to contest the charge of committing an act of simulation, causing a match official to make an incorrect decision, but was unsuccessful in his appeal.

“Heart of Midlothian Football Club is deeply disappointed with the opinion of the panel, which means Walker will now miss the upcoming Ladbrokes Premiership matches against Aberdeen and Inverness Caledonian Thistle.”