Manchester City captain Pablo Zabaleta insists Celtic are not as bad as their 7-0 thrashing to Barcelona suggests.

The English outfit take on Brendan Rodgers’ side at Parkhead in their next Champions League Group C match on September 28 and will attempt to collect a second successive win following Wednesday’s 4-0 defeat of German outfit Borussia Monchengladbach.

But Argentinian international defender Zabaleta is no paying no attention to the manner of the Hoops’ Nou Camp capitulation, and insists a trip to a 60,000-capacity Celtic Park is a daunting prospect for any side. 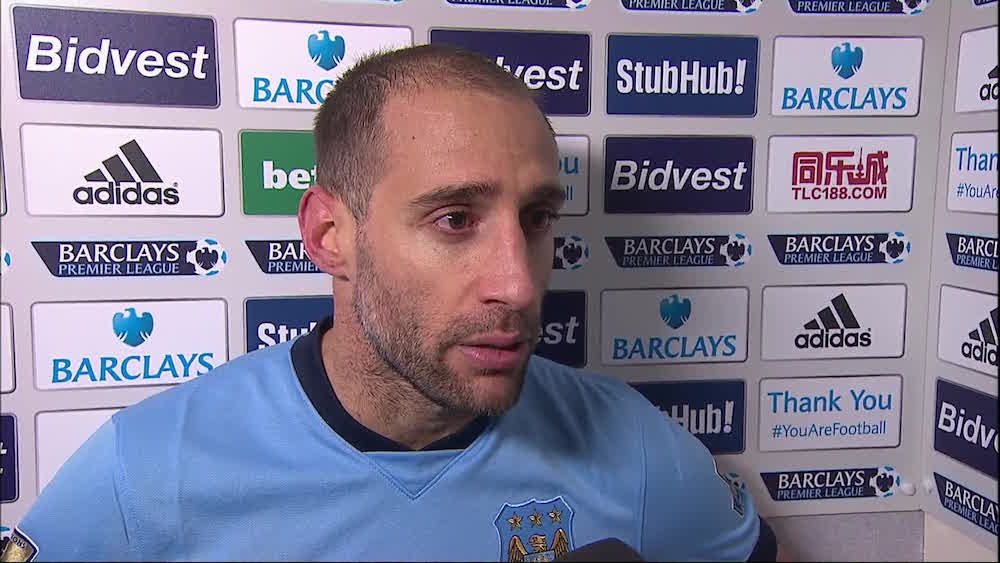 He said: “Next up are Celtic and we are paying no attention to their loss at Barcelona, which we know is a difficult place to go and play.

“People have said they are the weakest team in the group but I don’t agree.

“They may have had a bad day at the Nou Camp but they are strong in their own stadium and we’re expecting every game to be difficult.

“But we’ll go to Parkhead and try to get three points and play the same way we did against Monchengladbach.”

City finally got their campaign off to a winning start against the Germans 24 hours later than scheduled after heavy rain led to Tuesday’s match being postponed.

Speaking to BT Sport, Zabaleta, who has been wearing the captain’s armband in Vincent Kompany’s absence, added: “We played really well and created a lot of chances so we’re very pleased with the performance and that we’ve won the first game.

“It’s going to be very tough and we’re in a tough group so this is a great start.

“We’d been preparing for the game since beating Man United and it was frustrating not to play, but the weather conditions were terrible so there was nothing we could do.”