HILARIOUS footage has captured the moment a Danny MacAskill wannabee smashes his bike and pride, whilst attempting to ride down a set of stairs.

In the video, the Scot, egged on by his friend, attempts to ride his bicycle down 12 steps, leading outside from a flat.

After nervously surveying the scene for several seconds, the red-head, who is not wearing a helmet, hurtles down the steps at break-neck speed.

His wheel appears to buckle as it hits the bottom step, and he falls off to the side, and lies flat on his back.

His friend, who his filming the footage, can be heard to shout “Yes, oh my god”, before running over the check he is ok. 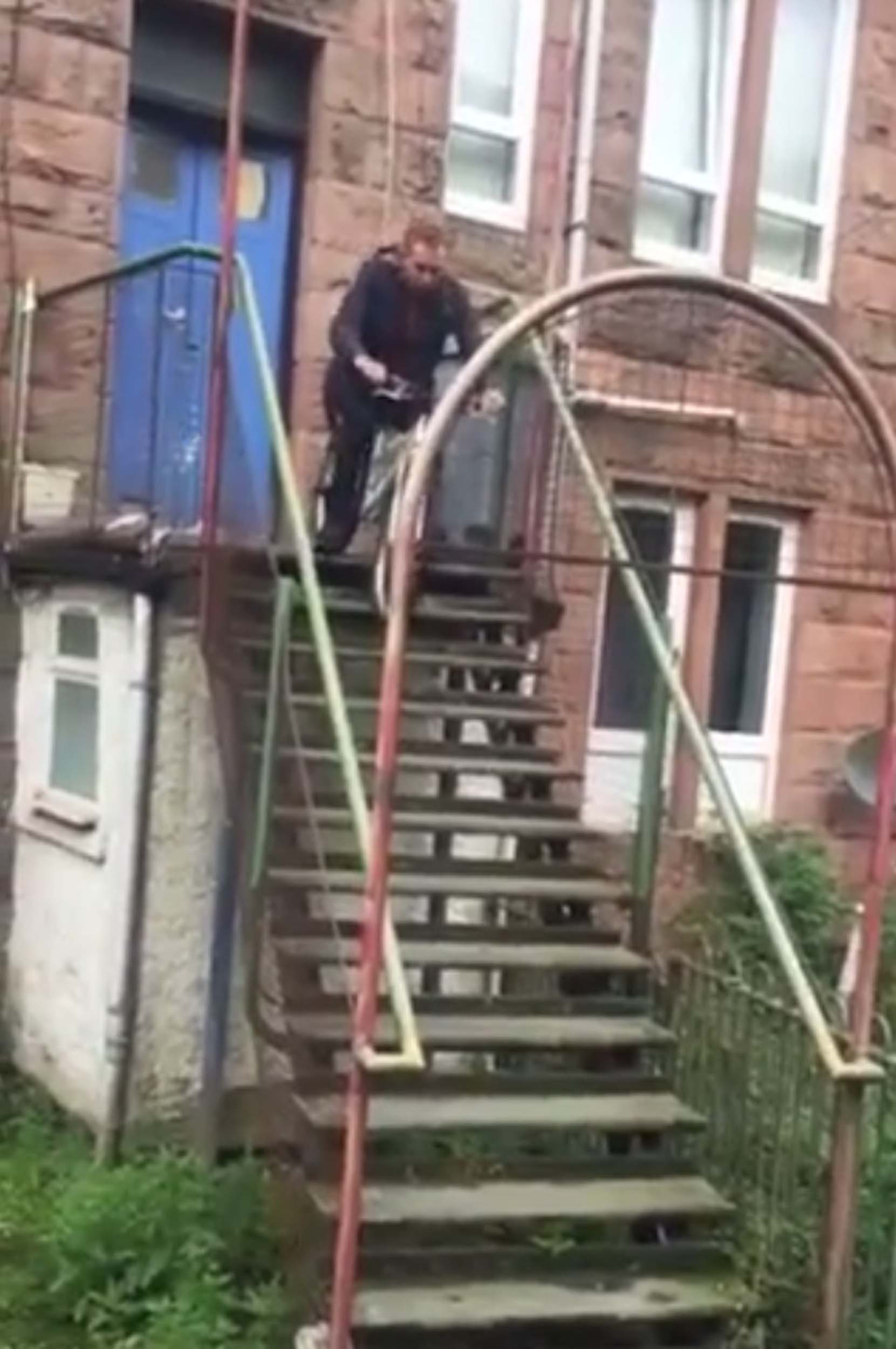 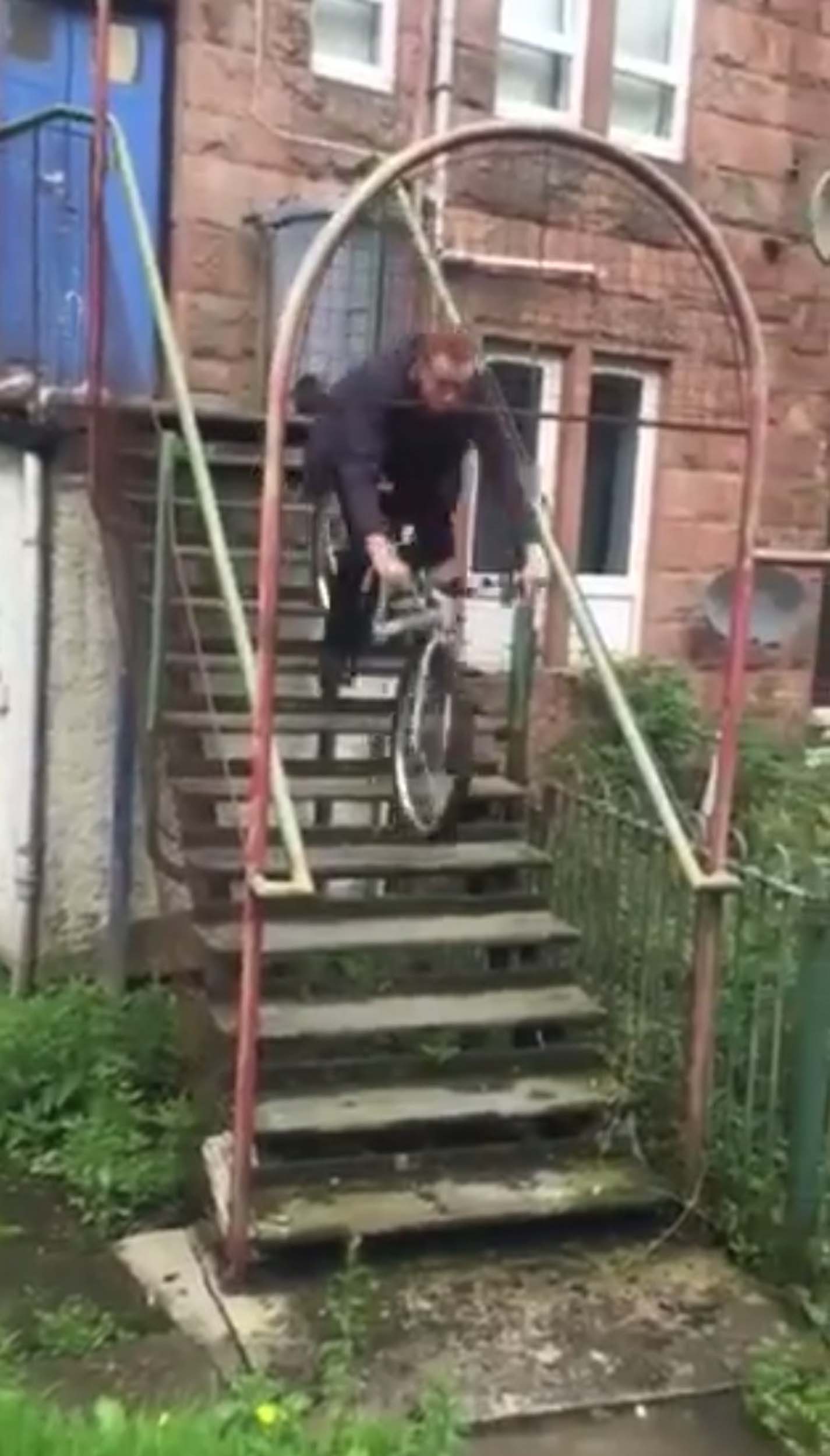 The camera then pans to the man, who is smiling, and to his bike, which has its front wheel heavily bent.

The video has received over 100,000 views since being posted by the Glasgow Gospel Facebook page yesterday (Tue) with the caption: “daily adventures of the unemployed.”

It has been liked over 1,500 times, and Facebook users have been quick to give their take on it. 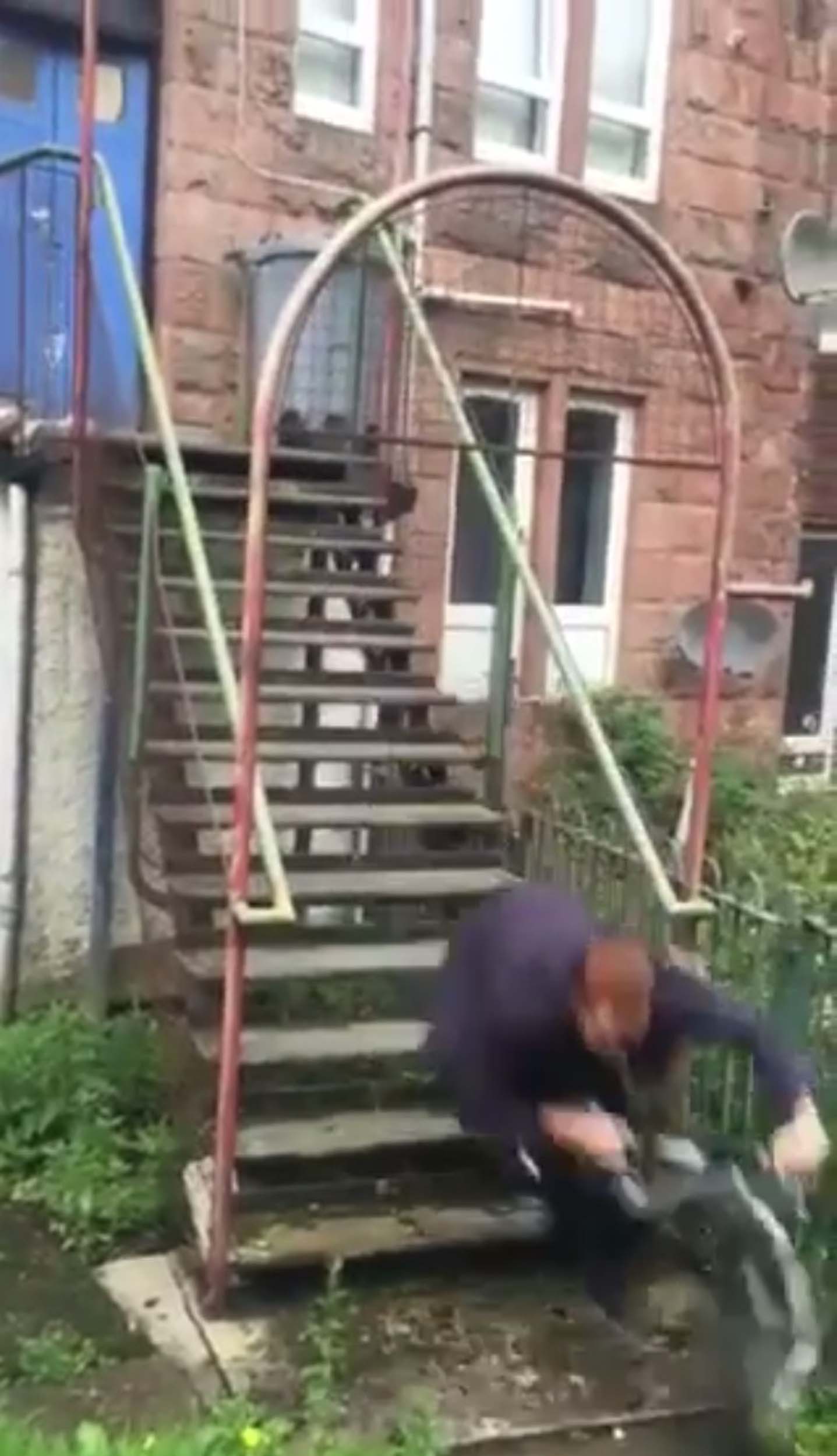 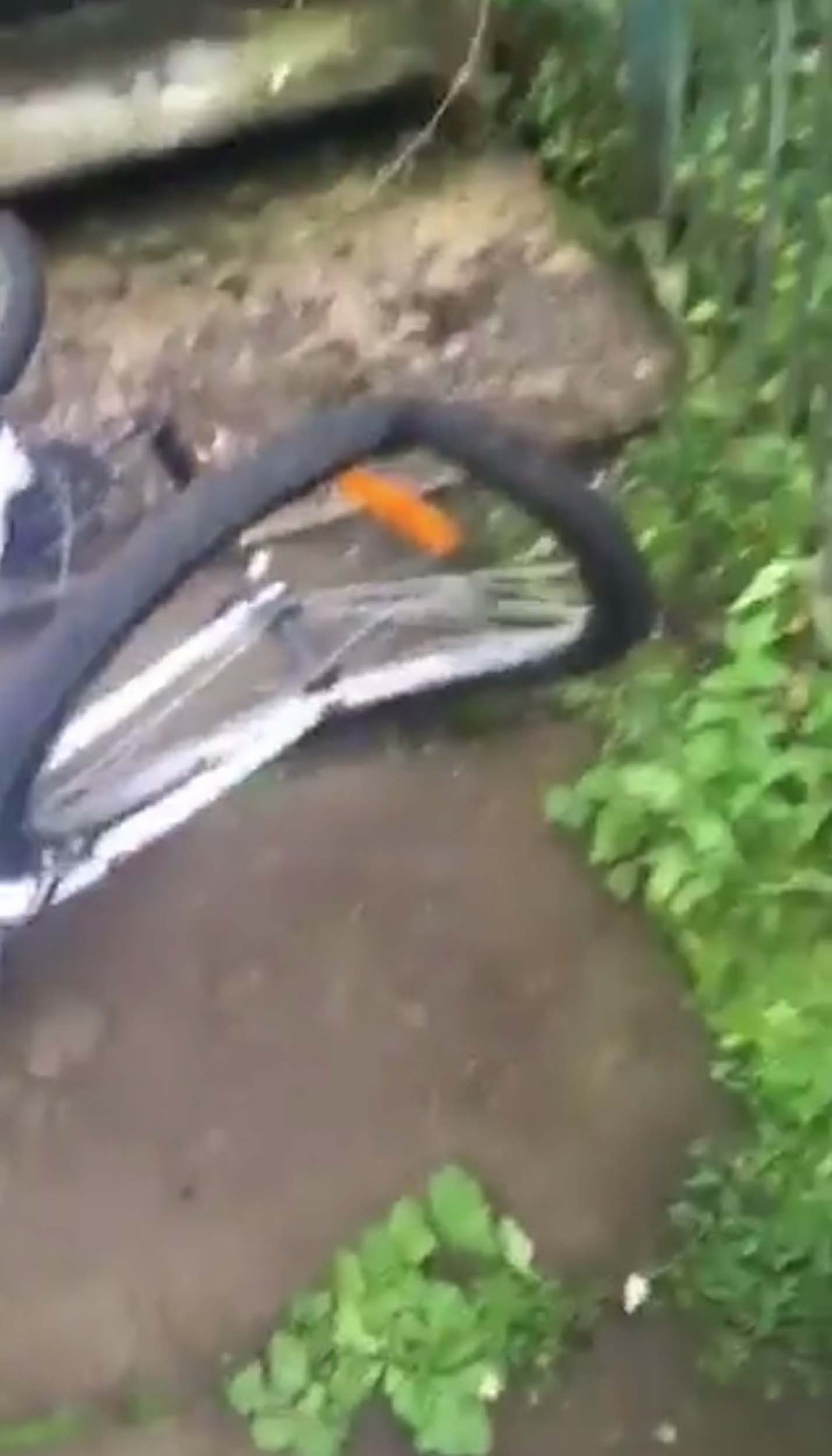 Matt Solomons said: “Please do not think all Scots are like this.”

Joe Robertson added: “Danny McAskill has f* all to worry about.”

Stephen Gibson was surprised at the state of the bike, saying: “Jesus christ that wheel must be made of butter.”