London-born Dembele, who hit the headlines earlier this month when he made his debut for Celtic Under-20s, is believed to have trained with England Under-15s at St George’s Park this week despite being included in Scotland’s Under-16 Victory Shield squad for Sunday’s clash with Northern Ireland.

Scottish FA chief executive Stewart Regan has vowed that Scotland will do everything they can to stop their English counterparts from snatching the playmaker. 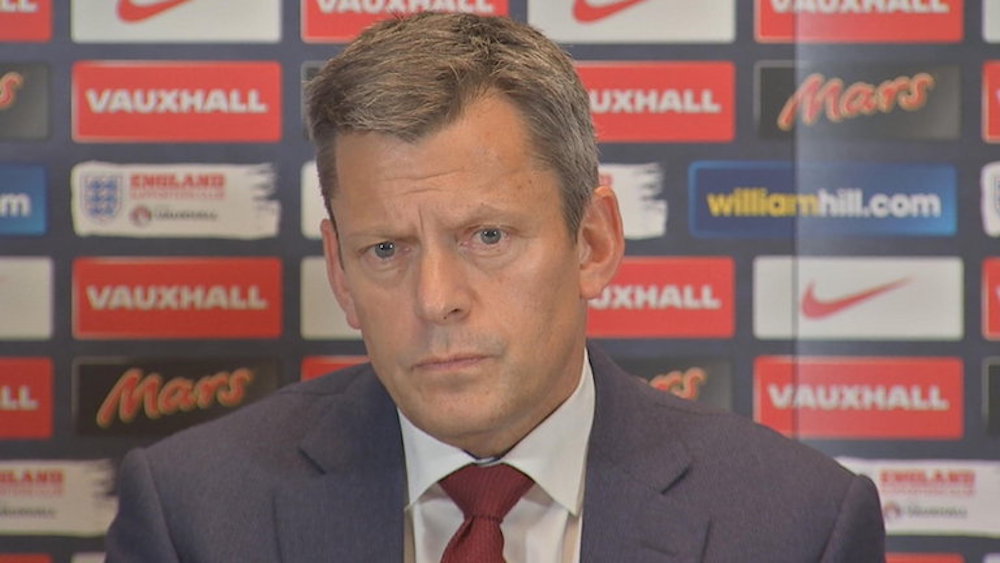 Dembele is eligible to play for Scotland through the ‘school rule’ and could also represent the Ivory Coast through his parents.

Glenn, speaking to Talksport, said: “We’ve got a good talent identification programme. Kids come through at that age or they surprise you a little bit later. I don’t think anything has changed.

“He (Dembele) sounds like a talented kid, good luck to him and we’ll see how it goes. Everyone has their trials.”

Glenn, meanwhile, admits Scotland will come up against an England team that are scared of pulling on the Three Lions jersey.

Glenn made the admission after watching the country underperform at another major tournament following this summer’s humiliating Euro 2016 last-16 exit to Iceland.

Gordon Strachan’s side are likely to draw great encouragement from Glenn’s remarks ahead of the crucial November 11 World Cup qualifier at Wembley, with Scotland desperately needing a win to keep their hopes of reaching Russia alive.

Gareth Southgate will be in the England dugout for that game after Sam Allardyce resigned last month having been filmed allegedly agreeing to offer advice on how to get around FA transfer rules.

And Glenn admits the next permanent manager will need to address any mental frailties among the players.

He said: “If you look at us, we have been very successful in winning tournaments in the development teams, the Under-21s, the Under-19s.

“When we put our kids up against the best in the world, we’re winning.

“We’re not translating that enough when it comes to the men’s senior teams.

“We think the difference is really psychological preparation, this fear factor when you put the England shirt on.

“The manager that we hire will be someone that really understands that and has really detailed plans to address it.

“It is how you eliminate the fear factor so that when things go against you, you can adapt on the pitch. We saw it against Iceland.

“We were more than capable of beating Iceland but when things didn’t go our way you could sense the great players actually freezing up. That is very fixable, provided that we are deliberate about trying to fix it and don’t just wish it to happen.”

Under-21 coach Southgate will oversee the clash with Scotland and the friendly match against Spain but Glenn insists the result of the Auld Enemy showdown will have no bearing on the former Middlesbrough boss’ suitability for the role.

He added: “Let’s say the results don’t go quite as well as we want them to go, he would still be a candidate because he has achieved a lot in developing the Under-21s in a tournament situation and he knows all about tournament football.

“So I don’t want to say either he will or he won’t get the job based on one game.

“I am very confident we will do very well against Scotland because it means a lot to us and I think Spain is an interesting test for us. But to say it is based on one game, he is a very good candidate.”

Scotland fans face a late rush to get a ticket for next month’s World Cup qualifier against England after the Scottish FA announced that a limited number of briefs will be released on Thursday.

The Tartan Army have already snapped up their entire 13,700 allocation for Wembley after the SFA managed to secure an extra 7,000 seats.

But members of the Scotland Supporters Club that missed out on the initial sale for the November 11 showdown can try to get their hands on the remaining tickets on Thursday.